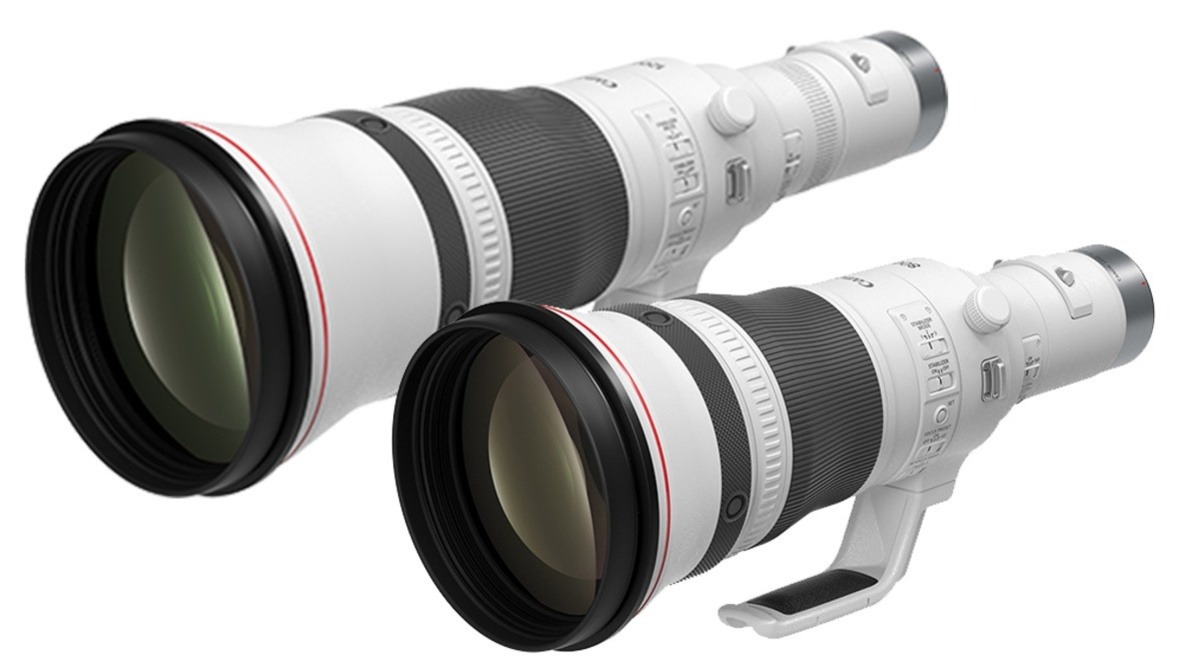 Why you shouldn’t buy the new Canon lenses

I’m as big a fan of Canon lenses as anyone; I’ve resisted the temptation to switch brands for years just because they offer certain lenses that I can’t imagine not having. However, when it comes to the new RF 800mm f/5.6 L IS USM and RF 1200mm f/8 L IS USM lenses, you really should think twice before buying them.

Canon’s newest lenses, the RF 800mm f/5.6 L IS USM and RF 1200mm f/8 L IS USM, continue to expand their RF range and push to new extremes. At $17,000 and $20,000, respectively, however, they are among the most expensive consumer lenses ever created, and even professionals for whom these lenses are a daily need should think twice. However, there is more to it than the price that should give you pause. Before we jump in, however, let’s establish all the relevant prices.

Of course, just because the numbers line up doesn’t mean Canon just put the 2x teleconverter inside existing lenses and called it a day. Manufacturers optimize designs of different focal lengths specifically to address their unique challenges and issues; otherwise, we’d all be a lot more teleconverters and a lot less single lenses. However, the following should be noted:

Undoubtedly, the combinations of the teleconverters and the respective shorter focal lengths are quite close to those of the longer focal lengths, but not quite identical.

There have been rumors that these lenses are nothing more than the 400mm f/2.8 and 600mm f/4 with 2x teleconverters. Let’s take a look.

As you can see, the differences are close to the mount. The 800mm f/5.6 has an additional group of normal elements that probably serve as additional magnification. However, there is an additional super ultra low dispersion element in front of said group, presumably intended to correct for chromatic aberration which typically increases with teleconverters. So in fairness to Canon, the 800mm isn’t just a 400mm with a teleconverter slapped inside. Is it worth the steep price increase for the additional item(s)?

The story is similar here. The front design is identical. Closer to the mount we see a magnification group with a super ultra low dispersion element likely designed to correct for chromatic aberration from the extra magnification. So again, it’s not just the 600mm f/4 with an internal teleconverter, but is it worth $6000 more than just using the 600mm with a teleconverter? Let’s take a look below.

This is what should concern you the most. All the arguments about design and weight are great, but in the end, how good are the images from each lens and combination? We’ll take a look.

It can be seen that the 400mm and 2x multiplier provide almost identical contrast performance compared to the 800mm f/5.6. There is a slight drop of about 0.05 in the meridian measurement towards the corners of the frame, but the difference is so slight that I find it hard to believe it would be noticeable to all but the most discerning eye and would probably be easily corrected in post.

For resolution measurements, the sagittal orientation is functionally identical except for a very slight dip near the ends of the frame. There is a noticeable drop in the meridian measurement, with a deviation starting at the center of the frame and reaching a maximum differential of around 0.15 at around 17cm from the centre. However, it’s still pretty solid performance and pretty close to the 800mm f/5.6 closer to the center.

Is the difference worth $4,401? That’s your call to make, but if it was me, based on MTF charts alone, the answer would be a resounding no.

It can be seen that the 600mm and 2x multiplier provide almost identical contrast performance compared to the 1200mm f/8. There is a slight difference in the meridian line closer to the corners, but the deviation is never more than 0.03 and is unlikely to have a noticeable impact in the real world.

It should be noted that all other things being equal, a single lens probably offers better weather sealing than a lens plus a teleconverter, simply because the former has one less seal and entry point to protect. That being said, all of the optics in this comparison are among Canon’s best, and I doubt weather sealing will be a major issue in all but the most extreme circumstances, regardless of the configuration you choose.

A 1200mm lens is a 1200mm lens. A 600mm lens with two teleconverters is a 600mm, 840mm and 1200mm lens. Yes, of course you can add teleconverters to the 1200mm lens to extend it, and that will probably work better than stacking multiple 600mm equivalent teleconverters to go beyond 1200mm, but when was the last time that did you need a 1680mm or 2400mm lens? Sure, they sound great on paper, but their real-world applications are few and far between. A similar argument applies to the 800mm situation.

What you should spend your money on instead

If it was me, I’d save thousands of dollars and definitely get the shorter focal lengths and teleconverters. The increased versatility and significant cost savings make up for the relatively small gains in contrast and resolution. You could get a EOS-R3 with change to spare if you opt for the 600mm combination instead of the 1200mm!

In fact, I wouldn’t even get the RF lenses. I adapted the EF 400mm f/2.8L IS Mark I USM to my EOS-R5 for years without complaining. The autofocus is impeccable (even better than on my 1D X Mark II) and the image quality is spectacular. Canon has absolutely improved the image quality on all versions of these lenses, but they started off so high that even my picky eye is perfectly happy with the Mark I. The real benefit you get when upgrading to newer versions is weight saving. There’s absolutely something to be said for that (dragging this stuff always makes me think twice), but I still think about the many thousands of dollars I saved, and besides, I’m perfectly happy to handle the bulk.

What are your thoughts? Are the image quality gains worth the extra thousands of dollars for the 800mm and 1200mm lenses, or is it better to save your money and use a teleconverter?

Summary of Reuters national news in the United States