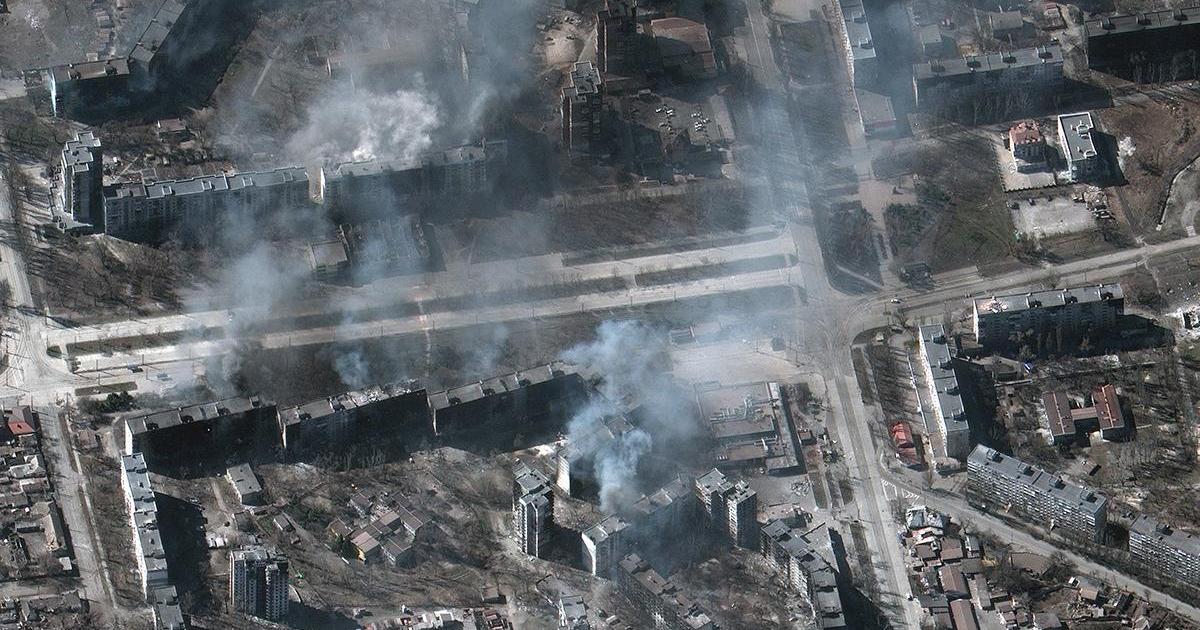 War is not a solution, but peace is – Laiq Ahmed Atif

One of the undeniable realities and lessons that humanity has learned throughout history, or should have learned, is that war and the invasion of another country is never a solution, regardless of the circumstances. Dialogue and discussions, however, have been an incredibly effective method of resolving all sorts of conflicts in the past.

The Russian-Ukrainian conflict has once again drawn our attention to the need for peace and justice in society, which must always be defended and preferred to collateral damage and human loss. Why do we continue to turn to arms instead of engaging in dialogue to find solutions when human history has repeatedly shown that war leads to death, disaster and a myriad of other problems?

The Holy Prophet Muhammad, peace be upon him, taught a golden principle: “Help both the afflicted and the cruel”. Hearing this, his companions asked that they could understand to help the afflicted, but how could they help a cruel person? The Prophet replied, “By restraining his hand from committing cruelty because his excesses of cruelty will make him worthy of God’s punishment.”

Therefore, out of pity, we should try to save the oppressor. This principle extends to the smallest fibers of society at the international level.

What an ideal and timeless principle has been established by the Holy Quran and by adhering to this principle the foundations of world peace can be laid.

By all means, keep an eye on the transgressor but, at the same time, try to help him move forward and improve so that connections are made, rather than bogging down his economy with sanctions, which will fuel the division.

Why do we still turn to arms instead of engaging in dialogue?– Laiq Ahmed Atif

In order to put an end to the unrest prevailing in some countries and, in particular, the crisis between Russia and Ukraine, the above principles are of paramount importance. Therefore, the goal of world powers should not be to settle deep-rooted personal grudges or a contest of egos, but the real goal should always be how to stop war and pave the way for dialogue, reconciliation and peace.

His Holiness, Mirza Masroor Ahmad, the leader of the Ahmadiyya Muslim Community, has also called on world leaders to embrace the above principles for many years, writing letters to the Presidents of Russia and the United States and to d other prominent political figures; and it is not yet too late and this war can be stopped.

He said: “As the leader of the Ahmadiyya Muslim Community, I can only draw the attention of world political leaders to the priority accorded to world peace and to the setting aside of their national and of their enmities for the well-being of all. humanity. Thus, I sincerely pray that world leaders act with common sense and wisdom and strive to improve humanity.

His Holiness Pope Francis also appealed for an end to the tragic conflict in Ukraine saying, “In recent days we have been shaken by something tragic: war. Time and time again we prayed that this road would not be taken. And let’s not stop talking; indeed, let us pray to God more intensely… Those who wage war forget humanity.

Unfortunately, the war in Ukraine has made the situation extremely serious and precarious and if the right decisions and timely measures are not taken towards de-escalation and peace-building, it may well deteriorate further. Undoubtedly, the consequences of such an escalation will be horrific and destructive in a way the world has never seen before.

Roberta Metsola, the President of the European Parliament, in an interview with The Times of Malta, spoke of the “palpable fear” that Russia’s war against Ukraine could spill over into neighboring EU states.

Independent journalism costs money. Support Times of Malta for the price of a coffee.