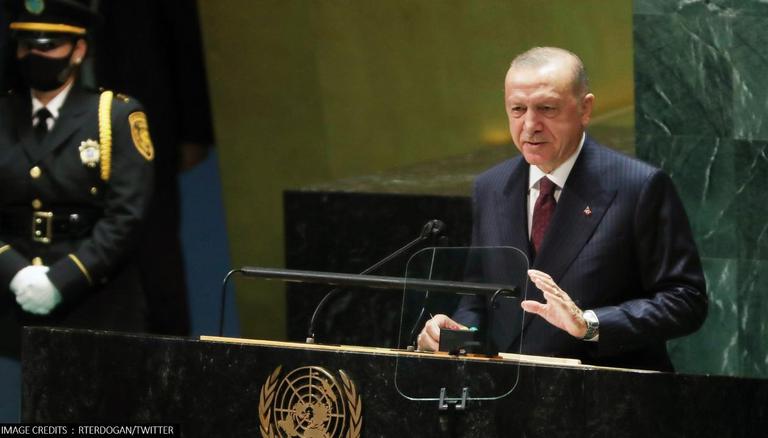 Turkish President Recep Tayyip Erdogan on Tuesday called the world’s attention to the refugee crisis emanating from the borders of conflict-ridden countries, noting that Ankara has admitted around 4 million Syrians and, as a nation, has “saved human dignity in the Syria crisis.” Erdogan, however, stressed that his country, Turkey, no longer had the potential or the resources to host more refugees, especially from Afghanistan, as he told key global players, UN delegates. and to stakeholders that â€œit is time to share the responsibilityâ€.

In his impassioned speech to the 76th United Nations General Assembly, the Ankara leader said there were millions of refugees fleeing their homeland due to key issues, including global climate change, and that Turkey “n ‘has no tolerance for absorbing new waves of immigration “. Although the baffled president told world leaders gathered at the UN that Turkey would fulfill its “brotherly duty” to Afghanistan, the latter quickly called on the rest of the world to show global solidarity and offer their support. aid.

In his nearly half-hour speech, Erdogan further developed his anti-migrant sentiments, mocking the world that “still has not found a solution to the refugee problem caused by conflict-prone crisis regions like Syria and Afghanistan â€.

He again opposed migrants, saying that in several countries “people collectively prepare to go to other places, to migrate”, sparking displeasure among refugees.

The Ankara leader, who has his eyes set on the 2023 presidential elections, said later in his speech that Turkey wanted to be identified as a developing country rather than a developed country and that it should not reach unachievable climate goals. Erdogan then highlighted the contributions of First Lady Emine Erdogan who received a Global Goals Action Award from the United Nations Development Program. [UNDP] for leading the country’s zero waste project she launched in 2017. Additionally, he has targeted “developed nations” saying that Ankara’s contributions have surpassed those of “whoever has done the most damage” in its fight against climate change.

Ankara leader Erdogan told UNGA his country was ready to submit the Paris climate pact to parliament for approval next month, in line with his country’s goals and constructive measures for the environment. . “Turkey is not indifferent to any problem, crisis or global call, and will also do its part in climate change and environmental protection,” Erdogan said in his address in New York. He stressed that the ratification process will be completed before the Climate Change Conference scheduled for November in Glasgow, Scotland.

“We consider this process, which will lead to radical changes in our investment, production and employment policies, as one of the main elements of our vision 2053,” he said.

Erdogan agreed that climate change was one of the biggest threats to humanity. He said it was possible to eradicate the novel coronavirus with vaccines, but that there would be no “lab solution” to the impact of climate change. “For this reason, also for climate change, we reiterate our call that ‘the world is greater than five’, something we say at every opportunity,” said ErdoÄŸan.