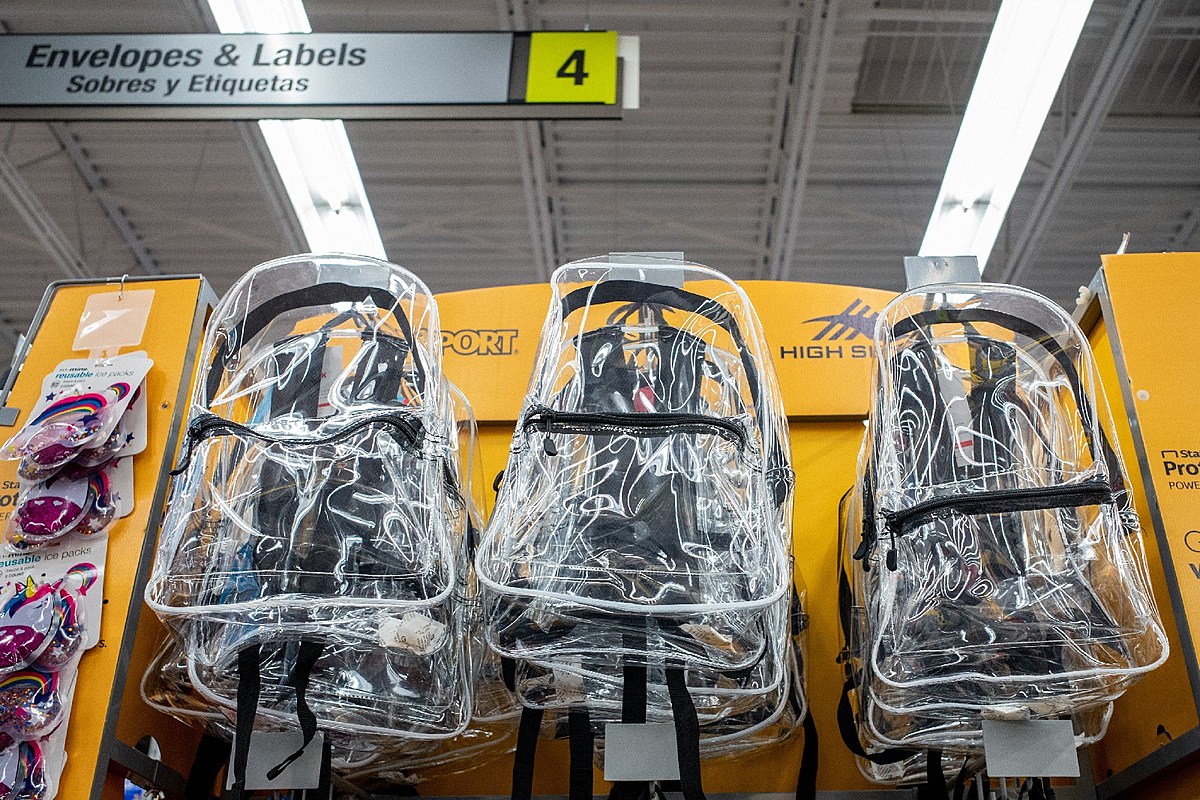 I know they mean well. I know that teachers and the administration of our public schools have the same vested interest in preventing gun violence as parents and children themselves. After all, teachers have also been killed.

But what some New Jersey districts are doing won’t solve anything. South River is the latest school district to tell its students to start carrying their belongings in clear, transparent backpacks. To make things like handguns visible.

Except that they will not be visible.

You can read the entire letter here.

Notice in this letter sent to parents where it says

“Small purses for personal items are still permitted but should not exceed the size of half a sheet of paper.”

Also where it says

“Lunch boxes are permitted but must be left in the locker/lunch bin until lunchtime and returned at the end of lunch.”

So if you think you can’t fit a small handgun in one of these mounts, you’re wrong. And if you think someone who doesn’t care about the no shooting rule at school will suddenly care about the rule about leaving lunch boxes in lockers, you’d be delusional.

Or a gun could be rolled up inside a shirt and put in this see-through backpack. Or stored in a 3-inch binder and put inside that same clear backpack.

Transparent backpacks won’t stop anything. See-through backpacks just make administrators look like they’ve done something. In reality, a school is not safer.

They may even be worse off.

In 2016, a study was published in the Journal of School Violence that showed light backpacks correlated with increased violence in a school. Some believe that such policies send a message to students that they are not trustworthy and are expected to break serious safety rules. A self-fulfilling prophecy if you will.

It should also be remembered that many school shootings occur not after a gun has been smuggled into a school and strategically fired hours later, but rather the moment an attacker arrives with guns. . This was the case in Uvalde, Texas. The shooter made no effort to conceal his weapon.

If society wants to take school shootings seriously, the answer is not a silver bullet. Nor is it about banning all guns and sweeping from house to house to melt them all down. As drastic as that is, that’s what many want. There are more guns in the United States than there are people. It is the only nation on Earth where this is true.

So that this genie does not return to the bottle. You’ll never even take half the guns out of people’s houses. Don’t waste time on it.

Generally speaking, the common denominator among school shooters is that they are loners who have been bullied. Often horribly harassed. In support of this theory, there is a correlation between the increase in school violence and the timeline of social media popularity.

If you haven’t yet realized that social media is enabling more ugliness in the world, you just haven’t been paying attention. Getting society to start being decent towards each other and teaching children to stop being so cruel to each other is not a silver bullet.

At this point you’re wondering if it’s possible or if the horrible way we treat each other is that another genie doesn’t go back in a bottle.

But persistent, heartless bullying for years can affect mental health. It would probably take more than a generation of change to stop pushing kids over the edge. Still, I think that might be the one real thing that could change all of that.

But clear backpacks? Come on New Jersey, you’re smarter than that.

The opinions expressed in the above post are those of New Jersey 101.5 talk show host Jeff Deminski only.

You can now listen to Deminski & Doyle — On demand! Listen to New Jersey’s favorite radio show every day of the week. Download the Deminski & Doyle show wherever you get podcasts, on our free app, or listen now.

WATCH: What are the odds of these 50 totally random events happening to you?

Stacker took the guesswork out of 50 random events to determine the likelihood of them actually occurring. They drew their information from government statistics, scientific papers and other primary documents. Read on to find out why parents-to-be shouldn’t rely on due dates — and why you should be more worried about dying on your birthday than living to 100.

Among the reasons why the “Garden State” remains an apt nickname for New Jersey – the end of summer means the arrival of sunflower season.

There are at least six domains, spanning the state. Some are in bloom as early as early August, while others should peak from late August to late September.

It’s always a good idea to call or email before you go if the weather seems to be an issue.