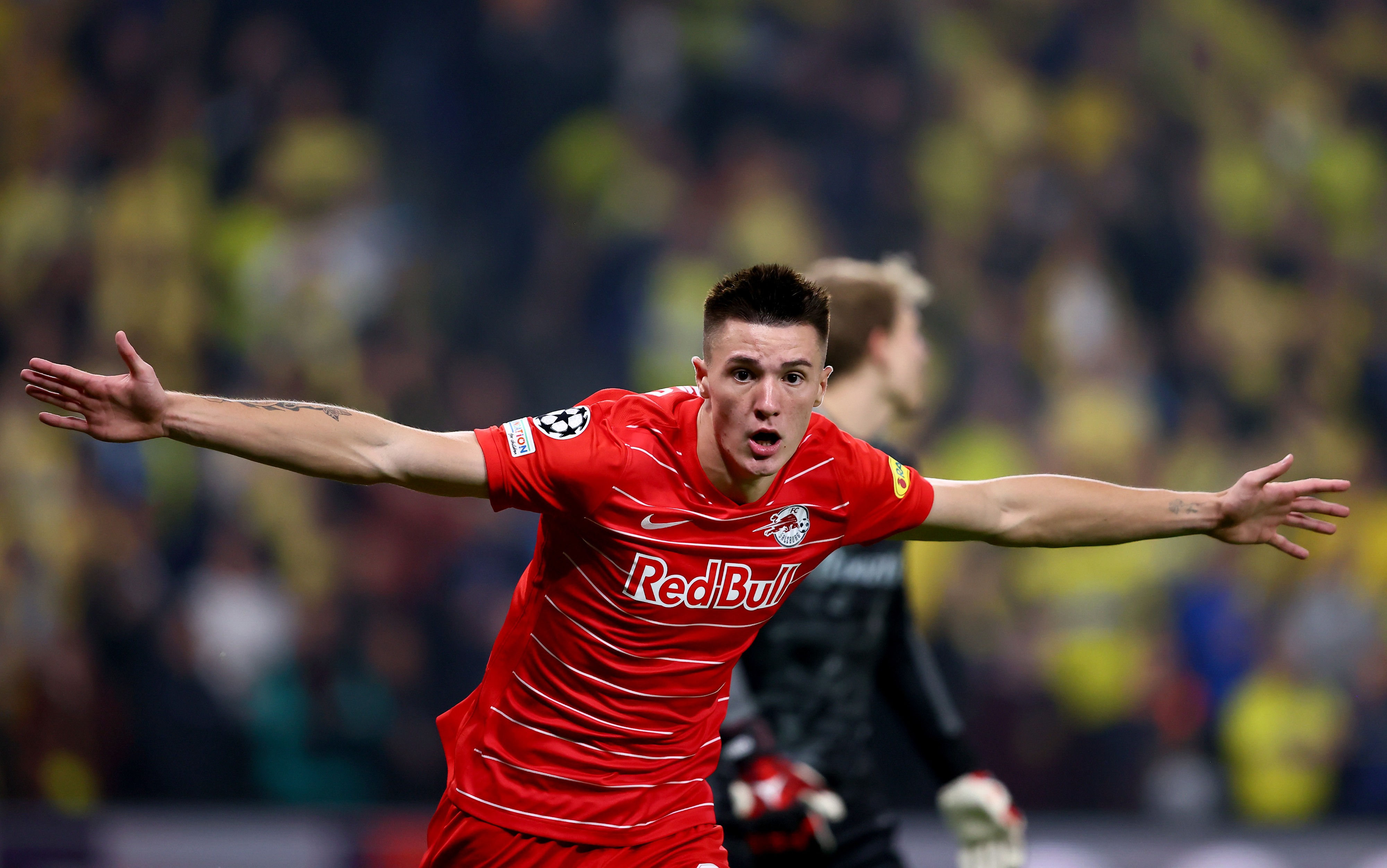 Tottenham Hotspur are considering an approach for RB Salzburg wonderkid Benjamin Sesko, as they search for a long-term successor for Harry Kane.

Sesko is a player who is somewhat under the radar at the moment but a number of European clubs have reportedly inquired about his availability, with Spurs the latest to be noted to consider an approach according to a report by Gianluigi Longari.

#Tottenham are also considering young striker Benjamin #Šeško from #Salzburg. Nothing advanced yet. Other clubs have inquired about him #THFC @tvdellosport

Sesko’s style of play can probably best be compared to that of Borussia Dortmund superstar Erling Haaland.

The 18-year-old striker is quick, powerful and shrewd with his footwork when dribbling.

He is fully capable of dropping deeper to get involved in the game and also capable of reaching the end of crosses due to his tall stature which sees him standing at a whopping 6ft 4in.

The Slovenian has scored three goals and three assists in 15 league appearances for Salzburg this season, and has even played an important role in the Austrian sides’ Champions League campaign, playing 205 of the 450 minutes he was available to play.

Sesko was on loan at FC Liefering last season and scored 22 goals in 44 appearances.

Spurs would like another natural striker to play alongside Kane or be his long-term successor and given that Sesko is highly rated and is only valued at £7.2million he might be wise for Spurs to beat others to the punch while still a relatively unknown amount for the rest of European football.