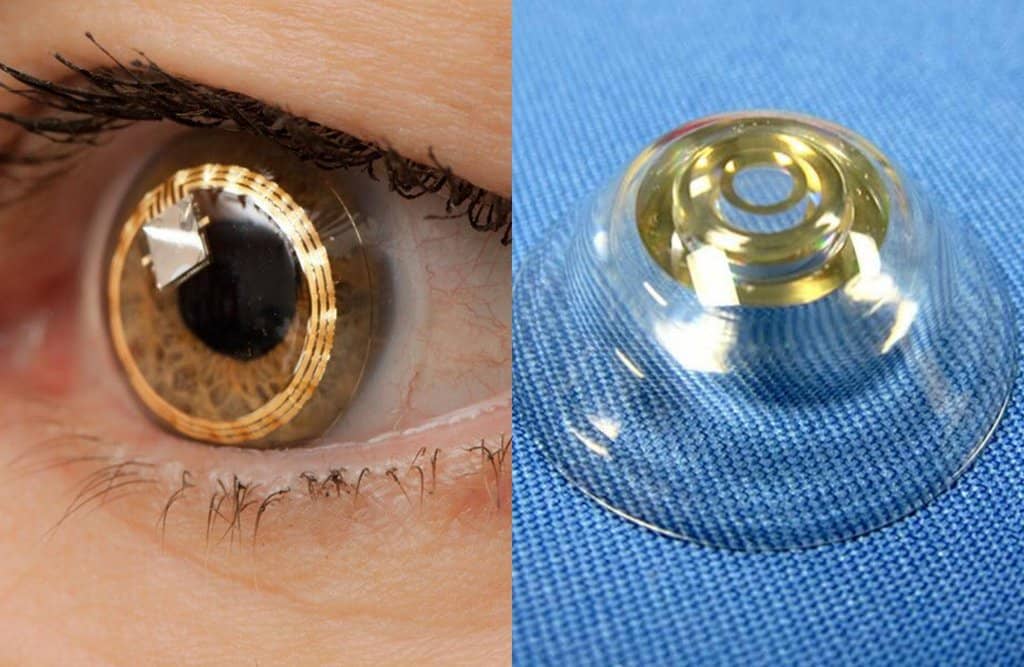 Say hello to telescopic contact lenses that will allow the wearer to switch between magnified vision and normal vision, and will be here soon. The latest prototype was unveiled at the AAAS annual meeting held in San Jose, California. The telescopic lens may one day come to the aid of those who suffer from visual impairment. The lenses will also prove to be very beneficial for people with macular degeneration, a condition in which the patient loses central vision over time.

The telescopic lens was developed by a team that worked under the direction of Eric Tremblay at the Ecole Polytechnique FÃ©dÃ©rale de Lausanne. The telescopic lens is rigid and will cover the sclera (whites of the eyes). This makes it bigger than the conventional lens. The lens has small aluminum mirrors that have been arranged in a ring around the center of the telescopic lens. When light passes through it, it is reflected back several times by the mirrors, making an object appear 2.8 times larger than it actually is.

In order to switch between normal and magnified view, lenses must be worn using a pair of electronic glasses. After that, when you wink using an eye; the glasses are switched on a polarized filter which directs the light towards the telescopic part of the glasses. A blink of an eye with the other eye will switch the glasses to the default setting where light normally passes through the lens.

The telescopic lens prototype is based on a previous version that did not allow the user to switch between viewing modes. The lens design has also undergone some changes to ensure that sufficient oxygen reaches the eye. This had to be done because the lenses are large and think in the middle, thus restricting the flow of air to the surface of the eye. This meant that unless the problem was fixed, the lenses could only be used for a short time. The team came up with a solution made up of small channels allowing air to flow under the lens.

James Handa, ophthalmologist at the Johns Hopkins School of Medicine in Baltimore, said, â€œIf that gets them enough magnification for their vision loss, absolutely. It’s a very innovative and very creative idea.