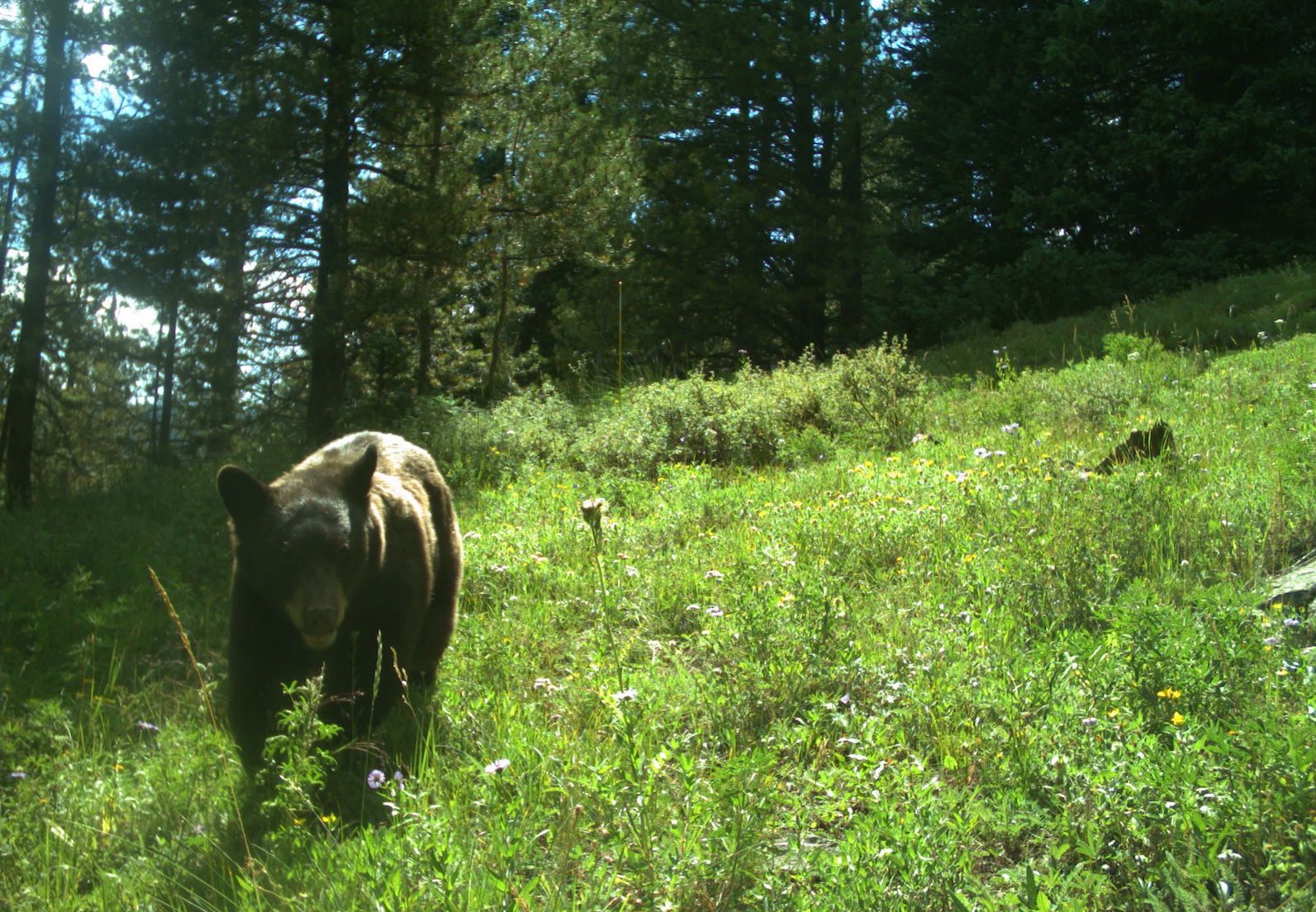 The underpass under I-25 near Monument doesn’t look like much — to a human, of course. But for the many animals that call this rural sprawl south of Denver home, including black bears, elk and mule deer, the rocky underpass floor is something of a lifeline. The path, along with four others completed last fall along I-25, allows wildlife to cross the busy highway without risking a fatal collision with a car or truck.

Preventing such accidents, which are reported 4,000 times a year in Colorado, according to the Colorado Department of Transportation (CDOT), is exactly what wildlife corridors are meant to do by safely connecting the habitats of animals that have been divided by human activities or structures (especially roads). Also called habitat corridors, these passageways can be as extravagant as the vegetated land bridge that arches over the Bukit Timah Expressway in Singapore or as simple as a small drainage tunnel under a street, and typically include roadside fencing to discourage animals from walking on the sidewalk.

Whether eye-catching or simplistic, wildlife corridors are remarkably effective. The network of bridges and tunnels in Banff National Park in Canada, for example, has reduced collisions between wildlife and vehicles by 80% since their installation in the 1980s. After the CDOT built a land bridge over Highway 9 near Kremmling in 2016, accidents in the area dropped by 90%. Those are attractive numbers in a state where more than 250 people are injured each year when animals and automobiles become entangled, crashes that cost Colorado drivers $80 million in property damage, injuries and, in some cases, death.

Each data point represents a compelling reason to establish more wildlife corridors. And CDOT wants it, says Andrew Karsian, a state legislative liaison who works to advance the department’s legislative agenda at the Colorado State Capitol. But between design and construction, not to mention the research that is sometimes worth years to determine the best location for the hallway, the construction of such passages can be expensive. Corridors under I-25, for example, cost about $20 million. “Just maintaining the existing roads that we have is a full-time job, and CDOT is loss-making in that regard,” Karsian says. “Not to mention building all the new infrastructure that we need in the state due to population growth.

A bill recently introduced in the state Senate, Safe Crossings For Colorado Wildlife And Motorists, aims to address the price issue. SB22-151, which was approved by the Transportation and Energy Committee on Tuesday, would create a $25 million cash fund dedicated to building habitat corridors. The hope, says Senator and state sponsor Jessie Danielson, is that allocating millions specifically to corridors would help the state access even more funding made available through the Investment Act. and Infrastructure Jobs, signed by President Joe Biden last November. The massive infrastructure bill provides $350 million in grants over the next five years to states, municipalities and tribal nations that build wildlife corridors.

Danielson and other SB22-151 supporters, including environmental groups like the nonprofit Conservation Colorado, believe that having a source of state matching funds will help Colorado raise more of that $350 million. “We want to make sure Colorado is ready and on the front lines to receive this federal money,” Danielson said.

All of that money would help Colorado meet goals set by the Colorado Wildlife and Transportation Alliance, a partnership between CDOT, Colorado Parks and Wildlife (CPW), and others (such as nonprofits and biologists) that has started in 2018. The Alliance has helped CDOT and CPW share data and conduct studies to determine where roads interfere with wildlife migration patterns, particularly the pathways that herd animals use to access their wintering areas. “You see a decline in herd health when animals can’t reach areas with enough food to get through the cold months,” says Michelle Cowardin, wildlife movement coordinator at CPW.

Using this data, CDOT added 25 different projects to its list of desired wildlife corridors in the state. One, a proposed trio of structures on East Vail Pass, has been studied extensively by Summit County Safe Passages, a nonprofit made up of CPW officials, as well as representatives from the Denver Zoo and from several Summit County ski resorts and towns. . The project would connect the southern and northern portions of the White River National Forest that have been separated by I-70.

East Vail Pass is one of the few areas in Colorado where the rare Canada lynx breeds. But for these carnivores and other animals, I-70 is like the Berlin Wall, says Stefan Ekernas, director of the Rocky Mountain/Great Plains program at Denver Zoo and a member of Summit County Safe Passages. A series of cameras installed by Ekernas and his team revealed that the cobblestone tape – and the 23,000 vehicles that use it every day, on average – act as a buffer for animals on either side of the road. Animals that try to cross often fail. Hundreds have been affected in 2021, including four lynx.

CDOT supports Summit County Safe Passages’ idea of ​​a land bridge and two underpasses, but it does not currently have the $21 million needed for the project. Passing SB22-151 could solve that problem, Ekernas says, although the bill will have to go through the Senate Appropriations Committee before being discussed and voted on by the full state Senate. “There are a lot of problems in this world that don’t have clear solutions,” Ekernas says. “And wildlife-vehicle collisions are not one of those issues.”