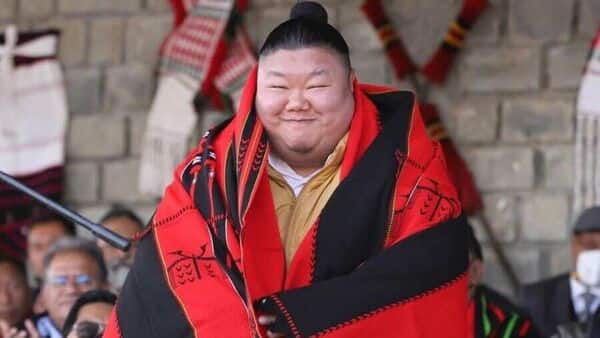 “Staying single”: after the “benefits of small eyes”, the Nagaland minister’s solution to population growth

Nagaland Minister Temjen Imna Along, who recently made headlines with his video sharing “the benefits of having small eyes”, has now caught the attention of netizens with his solution to the growing world population. And that’s “staying single”!

On World Population Day, Temjen Imna Along took to Twitter and urged Twitterati to join his “singles movement” to contribute to a sustainable future.

He said, “On #WorldPopulationDay, let’s be sensitive to issues of population growth and inculcate informed choices about childbearing.”

“Or #StaySingle like me and together we can contribute to a sustainable future. Come join the singles movement today,” said Temjen Along.

And the reactions followed.

“Ninja technique of telling the world you’re single and ready to mingle but not saying it out loud,” one Twitter user said.

“Government should give all single people a salary for being single,” said another.

Hey. How to officially join your movement?

Or your thoughts on ‘Akhil Bhartiya Bramhachary Association’?

On Sunday, Temjen Imna Along took Twitter by storm with his witty remark on a Google search about his wife.

He shared a photo of the most asked questions on Google about him. Among them was “Temjen Imna Along wife”. Sharing the Google search screenshot, he said, “Ayalee, @Google search excites me. Always looking for it!”

Earlier, Temjen Imna Along said that it is true that people in the northeast have smaller eyes but their vision is sharp. “Because of the smaller eyes, we don’t have much dirt inside the eyes. And we can easily sleep when a long program is in progress,” the minister said to applause.

* Thank you for subscribing to our newsletter.