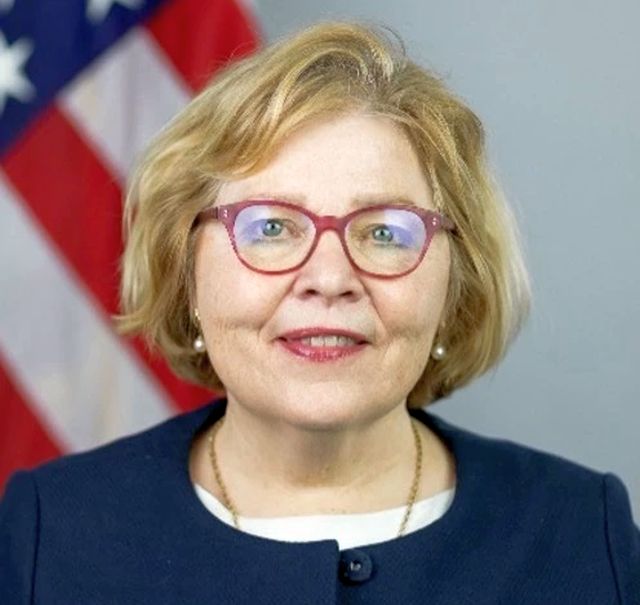 Photo Credit: Executive Office of the President of the United States / Public Domain

The US State Department dispatched a senior official to Israel on Thursday to pressure the Jewish state to make more concessions to ‘improve the quality of life of the Palestinian people’ and move closer to self -so-called “two-state solution”.

Assistant Secretary for Near Eastern Affairs Barbara Leaf arrived in Israel last Thursday for a series of quick meetings with officials in Jerusalem and Ramallah before heading on Saturday for a 24-hour visit to Jordan, another strong supporter of the two-state solution.

According to Israel Channel 13 News diplomatic correspondent Moriah Ashraf Wolberg, Leaf “expressed US concerns about the possibility of an ‘escalation’ in Judea and Samaria in the coming days.

“A security official who participated in the meetings with [Leaf] told us: “The Americans are very unhappy. The Palestinian death toll worries them and they fear the dynamics in [Judea and Samaria] and increased IDF activity will continue,” the report said.

A senior Israeli official who was familiar with the details of the meetings with Leaf added: “The message from our side is that Israel will continue to act against terrorism wherever [such action] is necessary.”

According Axios’ Barak Ravid, the United States is trying to convince Palestinian Authority leaders not to pursue a bid for full United Nations members on the UN Security Council.

Palestinian Authority officials have stressed that they intend to go through with the request, even though they know that the United States – one of the five permanent members of the Security Council – will veto and block this decision.

Different judicial approaches to objections to a bankruptcy petition