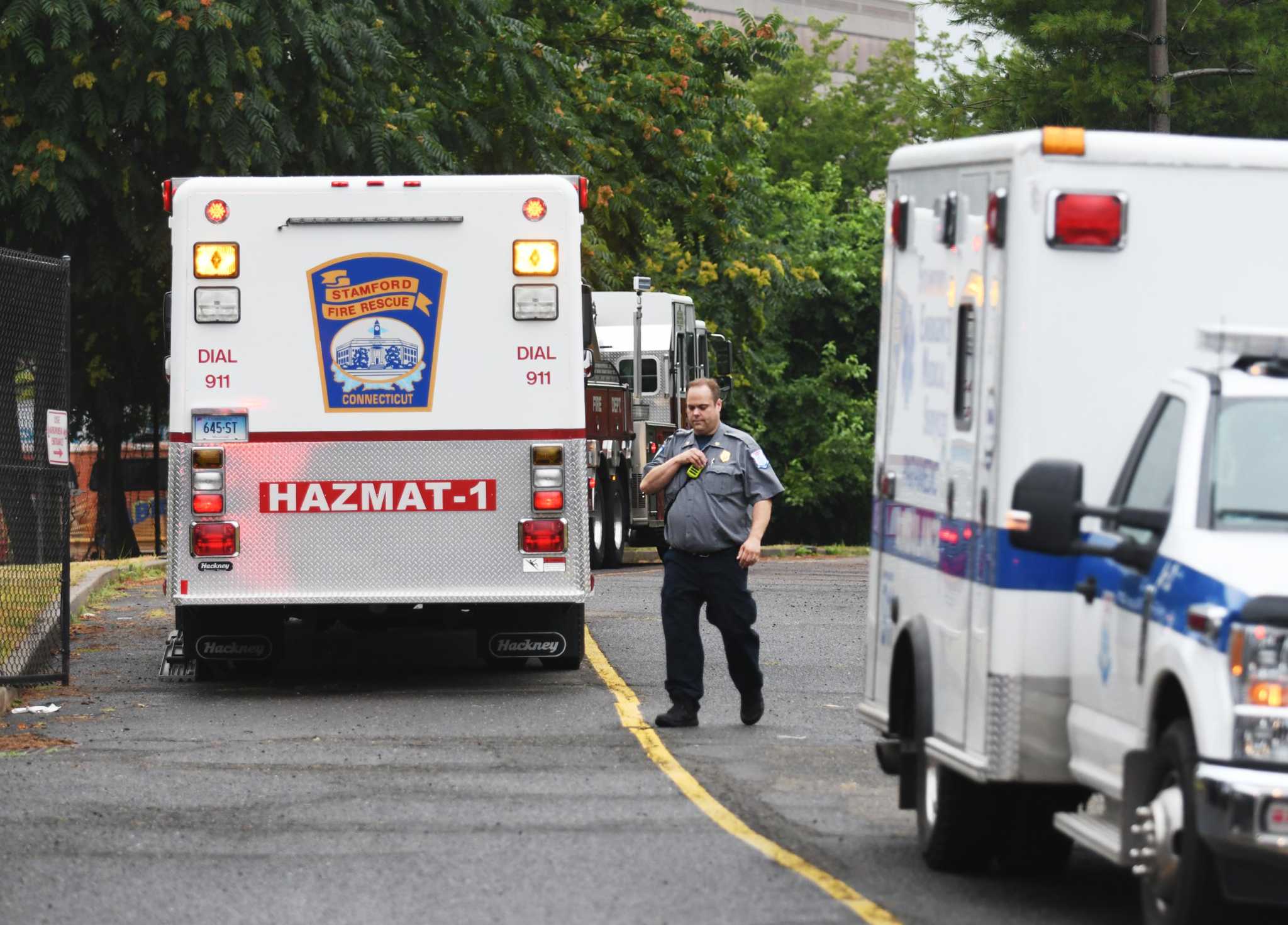 STAMFORD — About 8 gallons of a concentrated disinfectant spilled from a city warehouse on Magee Avenue Monday morning, firefighters said.

One of the Department of Parks and Facilities warehouse workers noticed a leak coming from one of the containers holding the cleaning solution. Workers moved the pallets containing the jugs to determine the source, Deputy Fire Chief Eric Lorenz said.

“The leak was either larger or involved more containers than they originally thought,” Lorenz said, so workers moved the pallets outside to the parking lot.

The chemical, proxitane, caused eye irritation, Lorenz said. Proxitane is a concentrated antimicrobial disinfectant. It is intended to be diluted for cleaning offices, residences and other facilities. Department of Parks and Facilities warehouses had the cleaning solution stored in jugs on pallets purchased in bulk at the start of the COVID-19 pandemic.

Firefighters were called to the scene shortly before 10 a.m. and evacuated the warehouse and adjacent offices, according to Lorenz.

Firefighters found the chemical came from about five or six containers and about 8 gallons of proxitane spilled onto the warehouse floor and asphalt, Lorenz said.

Although the warehouses are behind the Stamford Animal Control facility as well as a water treatment plant, Lorenz said there was no environmental impact.

The fire department alerted the Department of Energy and Environmental Protection of the incident. The city also called Clean Harbors, an environmental cleanup company, to clean up the spilled material and take away the remaining containers of the proxitane, according to Lorenz.

“Fortunately, none of the produce – even with the rain and whatever we received – washed into the storm drains, so there really wasn’t an environmental issue in terms of access to the yards. local water,” Lorenz said.

The spill was “very localized in this small section of the parking lot and it was going to be a pretty straightforward cleanup,” Lorenz added.

Clean Harbors and firefighters were still at the scene early Monday afternoon. After the company finished cleaning up the incident and removing the jugs, firefighters planned to douse the area with water. Firefighters also ventilated the building, allowing workers to return afterwards, Lorenz said.

Lorenz said the last unit of firefighters cleared the scene shortly before 3 p.m.

No injuries were reported during the incident.