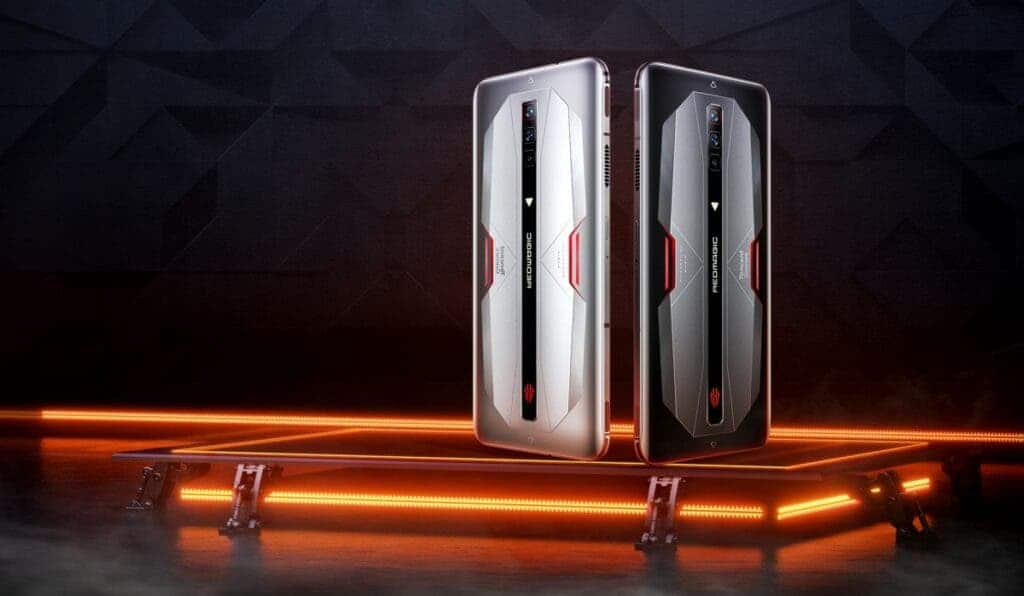 Today, the Red Magic Gaming Phone officially released a new poster on Weibo revealing some features of its upcoming Red Magic 6S Pro features. As a reminder, the phone is expected to be unleashed on September 6 on a special evening.

It will also have a built-in turbo cooling fan with a speed of up to 20,000 rpm. The company said the speed is too high. But because of the brushless motor, during the game there will be no extraneous noise because its maximum number will be 28 decibels. 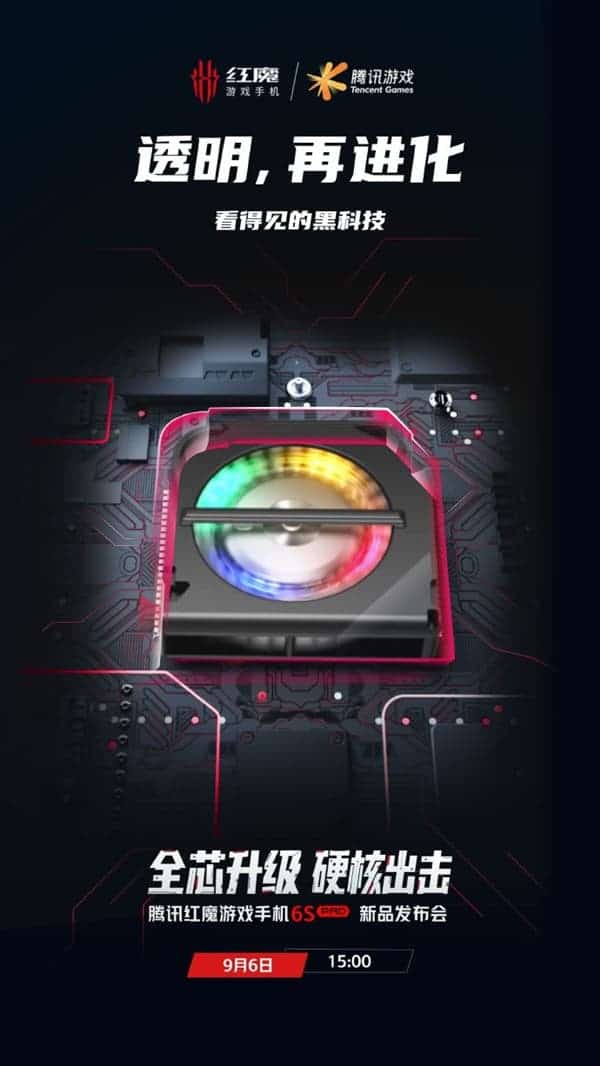 Moreover, I have also heard about its main hardware features. For example, the phone will come with a flagship Snapdragon 888 Plus processor with higher performance and better power control performance. The back will use a see-through body showing the turbo fan.

Along with all of these amazing gaming features, the Red Magic 6S Pro will sport a super competitive 6.8-inch AMOLED display. It’s the first in the world to support a 165Hz screen refresh rate and 500Hz single-finger touch and 360Hz multi-finger touch sampling rates. The rest of the screen settings include support for 10-bit screen color depth as well as DCI-P3 color gamut.

In terms of appearance, the Red Magic 6S Pro is expected to have the same design as the Red Magi 6/6 Pro series of gaming phones. Moreover, we assume that it will come with the dual IC touch shoulder keys inherited from the latter.

Before that, when the phone got the 3C certification, we learned that it would likely have 120W fast wired charging. In addition, it will have a battery with a capacity of 4500mAh inside and will support WiFi 6 connectivity.

As for the camera department, we still don’t have any reliable information to share with you. But there is every reason to believe that the company will not touch the camera module of the Red Magic 6 Pro. Thus, the Red Magic 6S Pro will also have a triple camera on the back, consisting of 64MP, 8MP ultra-wide and 2MP macro lenses.

Medical grade honey is a viable tool in wound care

What Can Creditors Take In Bankruptcy?