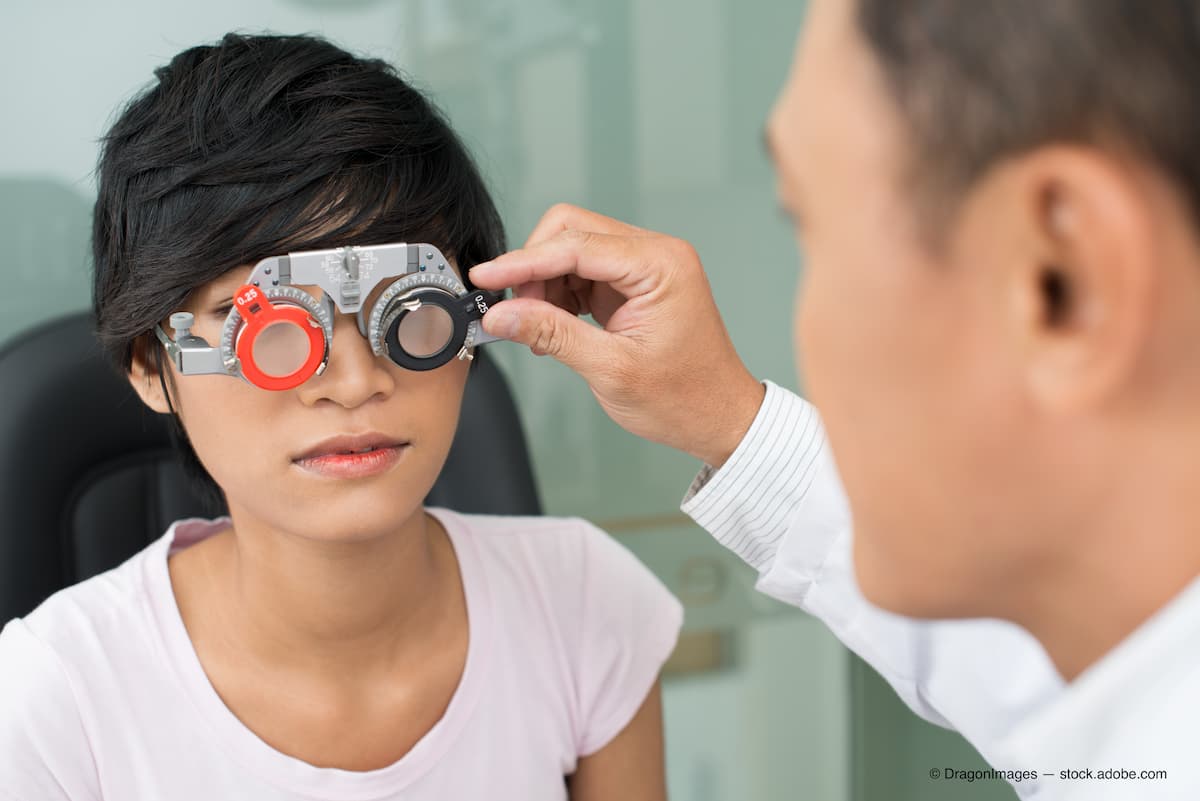 A team of Spanish researchers, led by Eva Chamorro, PhD, MSc, Director of Clinical Research, and colleagues from Indizen Optical Technologies SL, Madrid, are investigating the effects of different spectacle lenses that add different levels of defocus to the retina device to control myopia.

In a poster presented at the 2022 Annual Meeting of the Association for Research in Vision and Ophthalmology in Denver, researchers noted that axial length (AL) changes over the course of a day (diurnal rhythms) with imposed defocus. This suggested, they pointed out, that these short-term changes in LA could predict the effectiveness of treatments to control myopia.

With this in mind, they conducted a pilot study to assess the effects of different types of myopia control spectacle lenses on daytime changes in AL in young adults who are emmetropic or contact lens wearers. Als were measured in 6 subjects who wore spectacles with a myopia control lens that had a flat central region and imposed peripheral defocus on the dominant eye; the other non-dominant eye had a plano control lens.

Three different myopia control lenses were used to induce defocus, in particular the Miyosmart (Hoya, Kuala Lumpur, Malaysia); Stellest (Essilor, Kuala Lumpur) and a non-commercial prototype (IOT, Madrid). All AL measurements were obtained initially without the lenses and then taken over 4 consecutive days with the lenses. After the measurements were completed, the investigators analyzed the differences between the control and study eyes with each type of myopia control lens and the differences between baseline and treatment days in the treated eyes, -they described.

The investigators observed a significant increase in AL between the control and treatment eyes with the Stellest lenses and the non-commercial prototypes after 2 hours in the treated eyes. With the Miyosmart lens, they observed non-significant differences between eyes at all times during lens use.

Comparison of AL changes in the treatment eye between baseline and treatment day showed significant differences with myopia check lens 3, indicating that the use of all 3 resulted in a increased AL. Minimal daily changes in AL, they reported, were observed at baseline, with variations of less than 0.01 mm over all time intervals.

“Myopia control spectacle lenses affect the diurnal rhythms of AL in young human adults and produced a small, short-term increase in AL that varies in intensity and time interval for each of the 3 lenses studied,” concluded Chamorro. “Further studies with larger sample sizes and longer follow-up periods are needed to confirm that short-term variations in diurnal rhythms can be used as a predictor of myopia control efficacy.”

Ex-Cred Inc. Exec is reluctant to appear in person at Del. Ch.7