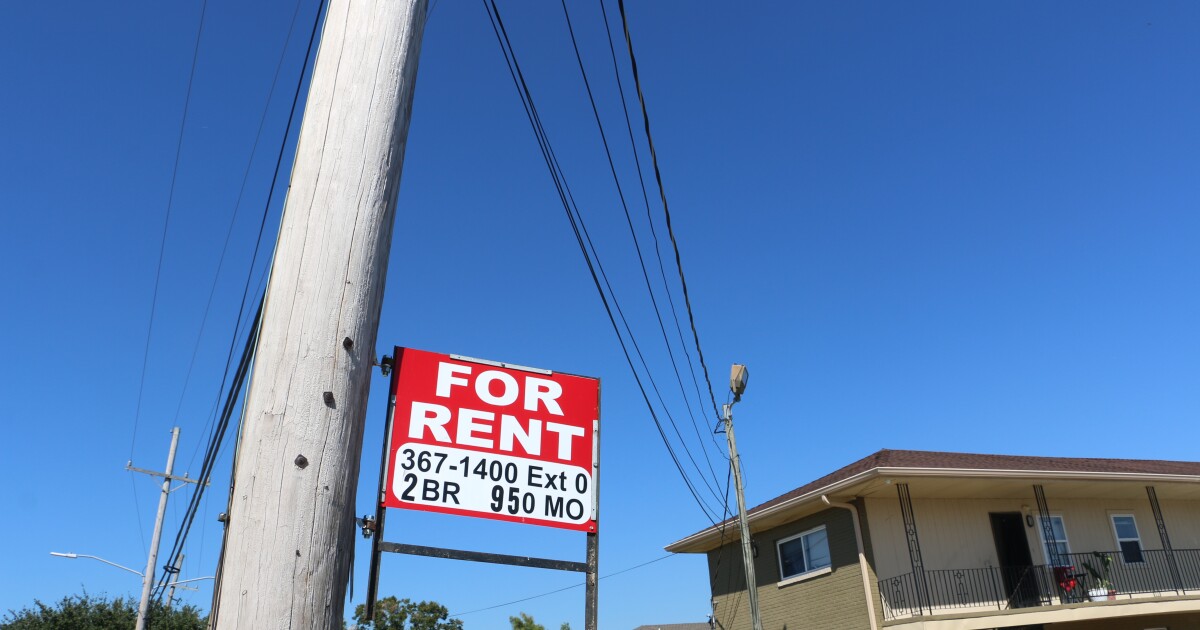 For the third year in a row, New Orleans received a failing grade for the state of affordable housing in the city.

This assessment comes from HousingNOLA, a coalition of public, private and non-profit organizations that formed in 2015 to develop a 10 year plan to address the future of housing affordability in New Orleans and rates the city on its progress each year.

HousingNOLA’s 10-year vision called for public agencies to create 7,500 new affordable housing units in New Orleans, through new construction or by providing subsidies such as vouchers, in addition to preserving affordable housing already on the market. But today, only a third of these homes are available, while their need has only increased with rising housing prices, according to the coalition. last reportwhich covers the period from September 2021 to August 2022.

Even before the onset of the pandemic in 2020 and Hurricane Ida in 2021, New Orleans was experiencing an affordability crisis, said Andreanecia Morris, executive director of HousingNOLA.

But the pressures of the past few years have exacerbated an already dire situation, Morris said. As residents lost their jobs during the early days of the lockdown, more people ran the risk of losing their homes. Ida caused extensive damage to much of the area’s housing stock, and many landlords saw their insurance premiums soar in the wake of the storm – costs that landlords can pass on to their tenants.

Wages have not kept pace with the rising cost of housing in New Orleans, according to the report. In 2021, the median monthly rent in the city fell to $1,082, while the median annual income fell nearly $4,000 since 2019, when adjusted for inflation.

A significant gap exists between supply and demand for affordable housing, especially for the lowest income tenants in the city.

The Area median income (AMI), often used by housing advocates and public agencies to determine the cost of affordable housing, costs around $56,000 in New Orleans for someone renting a two-bedroom apartment.

But many households earn as little as 30% of the AMI, or $16,850, for a two-bedroom unit. Affordable rent for these residents is around $500 per month. But according to the report, demand exceeds supply by more than 16,000 units.

That means those households have to compete with those who can afford more and risk being pushed out of town to areas with lower rents, Morris said. Overall, 63% of renter households in New Orleans are cost overburdened, meaning they spend more than a third of their income on housing, according to the report.

But the report also highlighted recent housing policy successes in New Orleans and across the state, particularly with respect to eviction protections.

Earlier this year, the city launched a “right to an attorney” program, ensuring that any tenant facing eviction can have free access to an attorney in court. And at the Statehouse, lawmakers approved a new law that gives tenants more protections in the wake of federally declared disasters and introduces new penalties for landlords who unlawfully lock out tenants.

While these policies are designed to keep people in their homes, other measures that could have created more affordable housing stock have been rolled back.

Late last year, New Orleans voters rejected a ballot proposal to renew a longstanding property tax mile that sent funds to the city’s Neighborhood Housing Improvement Fund, which had been used to help first-time home buyers and encourage new real estate developments in the past, according to The lens.

And after receiving a proposal that would have allowed owners to build accessory dwelling units on their properties – a measure that was used in cities across the country to create more housing options and increase density – the city council refused to move forward with legislation earlier this year.

The report ended with a series of demands addressed to the city government.

First on the list is providing funds to residents of Gordon Plaza to enable them to move off the site of a former toxic dump. Other demands include passing a Healthy Homes Ordinance — a measure that would create a process for registering and inspecting rental properties, which city council is expected to vote on at its Oct. 20 meeting — and to create more incentives to build affordable housing.

Offshore Liquidation vs. US Bankruptcy: A Two-Way Story (To Restructuring) – Insolvency/Bankruptcy