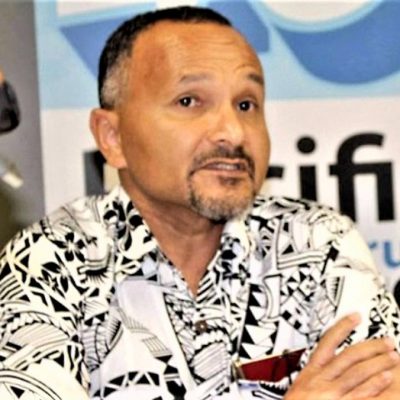 Leader of the Opposition – SIBC | Voice of the Nation

Self-isolation in the context of Honiara is not a solution, said opposition leader Matthew Wale.

In a statement today, the Leader of the Opposition said many households in Honiara include two to three cramped families in small spaces.

He said it is unreasonable to expect isolation in situations that are so cramped and forced on people by the lack of adequate isolation facilities.

Mr Wale said we cannot adopt self-isolation strategies from overseas countries where they only have 2-4 people in a household, so easier for them to manage.

Mr Wale said the right thing to do for the government was to immediately identify alternative isolation sites.

“These were surely identified a long time ago as part of plans to prepare for designation once an epidemic broke out. Why isn’t there? he asked.

Opposition Leader Hon Wale said the result of their defensive arrogance in their recent statements in Parliament is now clear before our eyes.

Mr Wale said he was appalled at the sight of crowds of people standing very close together in queues outside ATMs, Western Union, shops, markets, bus stops buses, etc., regardless of the need for social distancing.

“The impending lockdown has sent people into panic mode to get cash and buy food. Preparedness plans would surely have anticipated this and put strategies in place to mitigate the risk of these queues becoming super spread events,” Wale said.

The Leader of the Opposition said the 115 helpline and others should also be busy as complaints have been raised that emergency calls have not been answered or dealt with.

He said it is possible that the staff at these helplines are overworked and need to get enough rest.

Mr Wale said this should have been expected.

“As a result, a lot of people are sick at home and have just given up on getting tested,” he said.

On the issue of limited staff at the NRH, he said the opposition made several calls 18 months ago to employ retired medical professionals and to train additional labs and other frontline staff. required.

“The government then said it was not a preferred option because they saw problems there, and just a few days ago they called on retired health workers to come forward. It’s not a sign of preparedness but a panic reaction. Even our lab staff haven’t been able to get enough rest since the outbreak began. It’s unsustainable,” he said.

Mr Wale said testing is key to bringing the outbreak under control. And given our low vaccination rate, an extended lockdown of cluster locations is an effective strategy that cannot be ignored.

“Our response should now focus on testing coupled with an expanded rollout of vaccination across the country. Testing is key to bringing the outbreak under control. With only 180 possible tests in one day, it is clear that the government has overlooked this very important aspect of preparedness plans. Cases now probably number in the thousands, but we have no reasonable way of determining the true extent of infections because we don’t have the capacity to do more testing. Surely the government should have included robust testing capacity in its preparedness plans. It’s just negligence,” he said.

Meanwhile, he said the health minister had recently told parliament that there was no need for genomic sequencing capacity in the country.

“Now we are suffering the consequences of this negligent decision. Genomic testing will allow health authorities to know the variants we are dealing with and their origins. The government reacts in blind mode without such a capacity. Again, this is negligence. It should have been part of the preparedness plans,” Wale said.

The Leader of the Opposition said the government’s response so far has been characterized by panic reactions and political rather than scientific solutions.

He said that betrays the absence of a well-thought-out response plan.

“I reiterate my previous call that the $100 million allocated for the Pacific Games in 2021 and all other funds from previous years must be reallocated immediately to health care. How can the government justify spending over $100 million on sport when people’s lives are in danger? The government cannot prioritize the Games over health care. This is gross negligence. It is irresponsible of the government to starve desperately needed funds from health care and keep these scarce resources in the Pacific Games,” he said.

Mr Wale said this was not a blame game, it was to point out the government’s shortcomings to enable a more robust response to the dire situation caused by the exponential rise in covid infections in our country.

The Leader of the Opposition also conveyed his condolences to the families of the recent COVID-related deaths.

“Tragically, there will be deaths. Even with the best preparations, there will be deaths. But in our situation, it is clear that the government’s so-called preparedness plans are inadequate to deal with the covid outbreak. Inadequate government preparedness plans are exacerbating a terrible situation that is making it worse. The government needs to show a greater sense of responsibility, follow scientific advice and reallocate adequate resources to health care,” said Hon Wale.