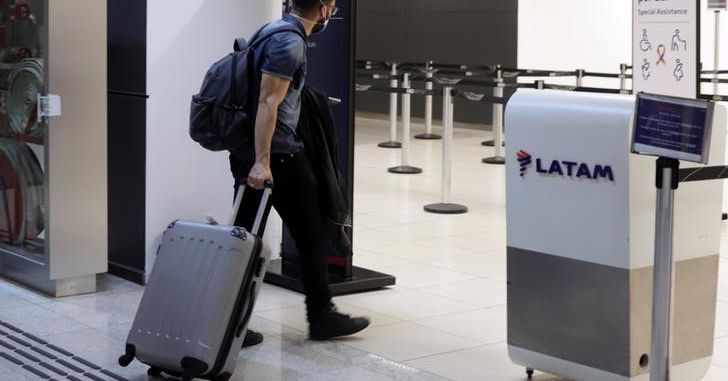 (Reuters) – LATAM Airlines Group SA has accused a Chilean bank representing a group of unsecured bondholders of releasing inaccurate information about the airline’s proposed restructuring ahead of a key vote on the plan.

The airline’s lawyers will appear before US bankruptcy judge James Garrity in Manhattan on April 15 to force the Banco del Estado de Chile, known as BancoEstado, to provide information about what LATAM described as an attempt “hinder and taint” its ability to reorganize. in Chapter 11 by seeking rulings from a Chilean court that would interfere with the New York proceedings and influence creditors’ votes on the deal.

Holders of nearly $500 million in unsecured bonds, for which BancoEstado serves as trustee, have long opposed the plan, which they say gives them only 19.3% recoveries, or as much as 27.8% if they invest new money.

During a hearing before Garrity on Thursday, BancoEstado attorney Pedro Jimenez de Paul Hastings called LATAM’s request for additional information a stunt, saying the airline could have simply asked for the documents.

LATAM, one of South America’s major airlines, was one of three major Latin American carriers that filed for bankruptcy in New York in the spring of 2020 as the COVID-19 pandemic halted travel in the world. The other two, Grupo Aeromexico and Avianca, have since emerged from bankruptcy, while LATAM is working to do the same in the coming months.

In court documents filed in New York on Tuesday, LATAM accused BancoEstado of circulating incomplete and misleading descriptions of bondholder rights and the plan in Chile. The airline is seeking information to determine the extent of BancoEstado’s communications with other creditors and whether the airline could take legal action against the bank. BancoEstado has “launched an aggressive public campaign to collaterally attack the decisions of this Court before the Chilean courts and press,” the airline said in the filing.

LATAM, which continued to operate through its bankruptcy, proposed a turnaround plan that would raise more than $8 billion to pay creditors and exit Chapter 11. Garrity is expected to review the proposal in May. Junior creditors objected, saying it benefits existing shareholders, including Delta Air Lines, at their expense.

The case is In re LATAM Airlines Group SA, US Bankruptcy Court, Southern District of New York, No. 20-11254.

Maria Chutchian reports on corporate bankruptcies and restructurings. She can be reached at [email protected]