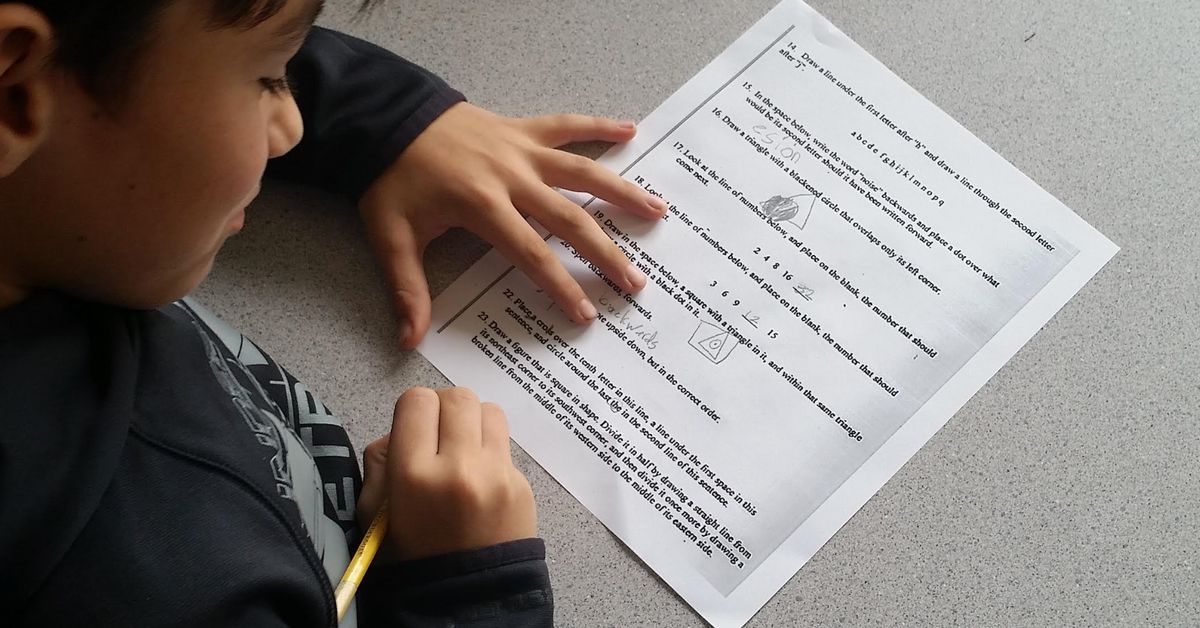 Look at a photo of the 46 US presidents. What do you notice ?

When I asked my students that at the start of every school year, someone always said they looked old. Another will point out that most of them don’t smile, and I’ll never forget the boy who said in a matter-of-fact tone that a lot of them aren’t good looking.

The students would also realize that they are all male and, with the exception of President Barack Obama, they are all white. I would then ask the natural follow-up questions: why do you think this is the case and how do you think it has affected our country? After chatting with one partner, they would suggest that only white men were allowed to vote (previously true), while another would theorize that elected leaders made laws that favored white men (mostly true, especially wealthy ). Like our presidents, nearly every student in my class was white.

To be clear, this is not a critical theory of race, despite what many conservatives will have you believe. They argue that teaching children about race sows segregation and shame, even if the history lesson involves events long before they were born. Some critics go so far as to claim that we live in a colorblind society where racism no longer exists, citing Oprah and Obama as proof that everyone has a chance to succeed. Many of these critics also have children who are likely to adopt their views unless professional educators teach them to think for themselves.

I was one of those kids, a Xennial growing up lower middle class in a small town in New Hampshire with my parents and younger brother. In 1990, the state was 98% white. In my high school graduating class of 264, only Three the students were not white. Needless to say, I was not exposed to meaningful discussions about race. Instead, my family was indoctrinated by Rush Limbaugh, whose radio show provided a soundtrack for our home. My Republican dad criticized affirmative action for giving minority groups an unfair advantage in a country where, he said, everyone has a fair chance “as long as they work hard.” My mother, a French immigrant, adopted her views by osmosis. I did too and kept them throughout my 20s until a teacher changed everything.

When obtaining my master’s degree in education in 2009, I had to take a course called “Language, power and democracy”. The month-long course explored white privilege and America’s current racial divide, and was taught primarily through documentaries and talks. Redlining and Reconstruction are just a few of the topics covered. My belief that class trumped race in determining opportunity began to erode. After a month of evidence-based lectures and thoughtful conversations with my racially diverse classmates, I began to see American institutional racism.

After graduating, I taught at an independent school in San Francisco for almost a decade. Autonomy on the curriculum allowed me to integrate current events and marginalized voices into developmentally appropriate fourth-grade content. Drawing from my graduate course, as well as authors Howard Zinn and James Loewen, I provided diverse perspectives while teaching social studies.

Every October, my students reviewed what they had learned in third grade about Christopher Columbus. Then I read “Encounter” to bring them a different point of view. The children’s book is told through the eyes of a young Taino boy recounting the arrival of the Italian explorer, and the slavery and brutality he unleashed on the natives. My students were both fascinated and shocked, which led most to write essays on why Columbus Day should no longer be celebrated.

During our World War II unit, students interrogated American propaganda video, then analyzed photos of Japanese Americans forcibly deported from the West Coast and images of the camps where they were incarcerated. They asked how Japanese Americans could be imprisoned because of their ethnicity and why German Americans were spared the same treatment. It’s not a critical theory of race, but the students certainly raised critical questions about race in American history.

Students heard about the Greensboro Four, Bloody Sunday and the Birmingham Children’s March during our study of the civil rights movement. They sympathized with Ruby Bridges and were inspired by the Little Rock Nine. They compared old photos of separate black and white schools, wondering how anyone could claim they were “separate, but equal.” The students even tackled the Louisiana Literacy Test, which was given to potential black voters in the 1960s. Every student failed. The ensuing conversation led them to draw parallels between the past and present, comparing literacy testing and poll taxes to current voter ID laws and disenfranchisement of recognized individuals. guilty of crimes in some states.

The unit’s summative assessment consisted of an essay in which students answered this prompt: Did the civil rights movement lead to equality for African Americans? They then defended their position in a class debate and had the option of switching sides if swayed by an opposing argument. Perhaps Congress would be more effective and popular if its members approached the debates with the open mind of a 10-year-old child.

As misinformation and “alternative facts” divide our country, teaching children to think for themselves has never been more crucial – even if their conclusions run counter to their parental beliefs. Showing kids the full story of America lets them see how fear and greed can lead our leaders down dark paths, and how those choices affect people and the planet. If we ignore these missteps and focus solely on American exceptionalism, we will face future generations of nationalist leaders exploiting voter ignorance and xenophobia.

The whitewashing of American history lessons parallels Holocaust denial and poses a similar threat to the sons of our union. Pushing historic Holocaust denial to perpetuate the antiquated goal of a color-blind society only silences the macro and microaggressions and ongoing injustices people of color have endured since the founding of our nation. Kids can handle the truths of history – even if their parents can’t – and benefit from the lesson that criticizing their country doesn’t mean they still don’t love it.

Every once in a while I hear from parents thanking me for teaching their children American history through different lenses. In a recent email, a father wrote that I taught his daughter “history is not black and white, but a wide range of grays, [which] defines a valuable perspective for life and learning.

This mindset allowed their family to have a nuanced discussion about Afghanistan last year. “It made us … feel good that we had no clear winners and losers, or right and wrong,” he wrote.

Another former student recently said her biggest lesson was realizing how the mistakes of past US leaders helped shape current systemic inequalities. Learning the concept of privilege is not about blaming students for past actions, she said, but rather about understanding how hundreds of years of history have contributed to modern society.

Our nation’s best chance for progress is for professional teachers to shed light on its complicated past while allowing students to form their own fact-based opinions — and politicians should not stand in the way. Teaching our young people about all of America’s triumphs and failures will empower them as adults to strive for a more perfect union. Some of these children may even end up with their photos alongside our former presidents. And if they do take over, they will be much better prepared than their predecessors to make sure our country works for everyone.

Justin Mazzola incorporated diversity and social justice into his curriculum for nearly a decade before leaving the classroom to seek new challenges. He now works as a freelance writer focusing on creative non-fiction and children’s books. He holds degrees in education and journalism and is proud of his years of service to the country with AmeriCorps. He lives in San Francisco. You can find out more about his work at www.justinmazzola.com.

Do you have a compelling personal story that you would like to see published on HuffPost? Find out what we’re looking for here and send us a pitch.