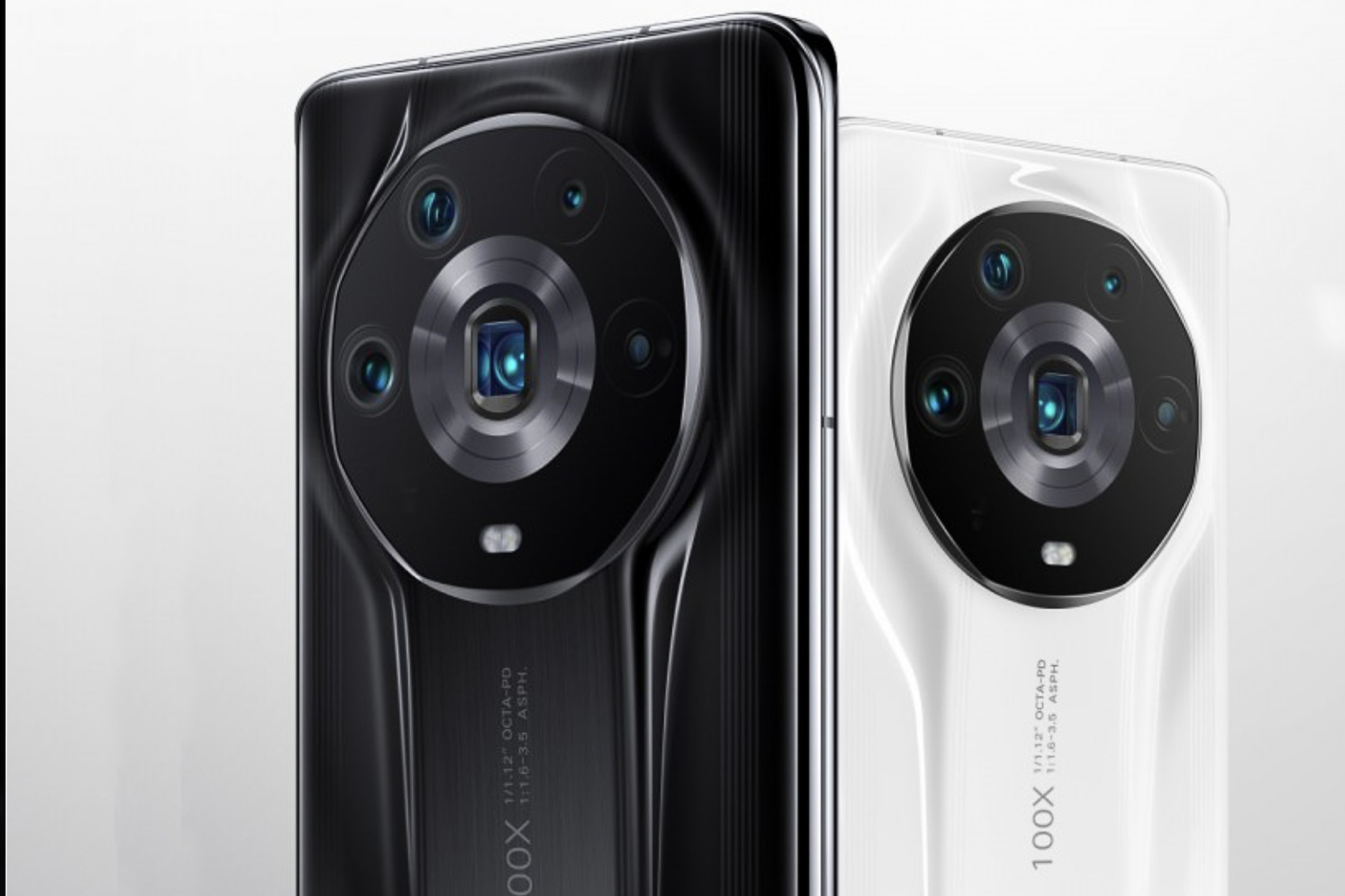 Today, Honor continues to expand the family by unveiling its ultimate flagship, the Honor Magic4 Ultimate, featuring a powerful quad-camera system that features the world’s first free-form dual lens and a range of innovations from state-of-the-art cameras that dramatically improve photography and video. capture experiences.

Honor, which came to market in 2013, was owned by Huawei Technologies, but in November 2020 was sold to Zhixin New Information Technology, apparently due to US sanctions against Huawei. Honor debuted in the United States in January 2016, still linked to Huawei, but in January 2021 the company launched its first non-Huawei phone, the V40, and in June of the same year the company announced that its new models, starting with the Honor 50, would come with Google apps and services. 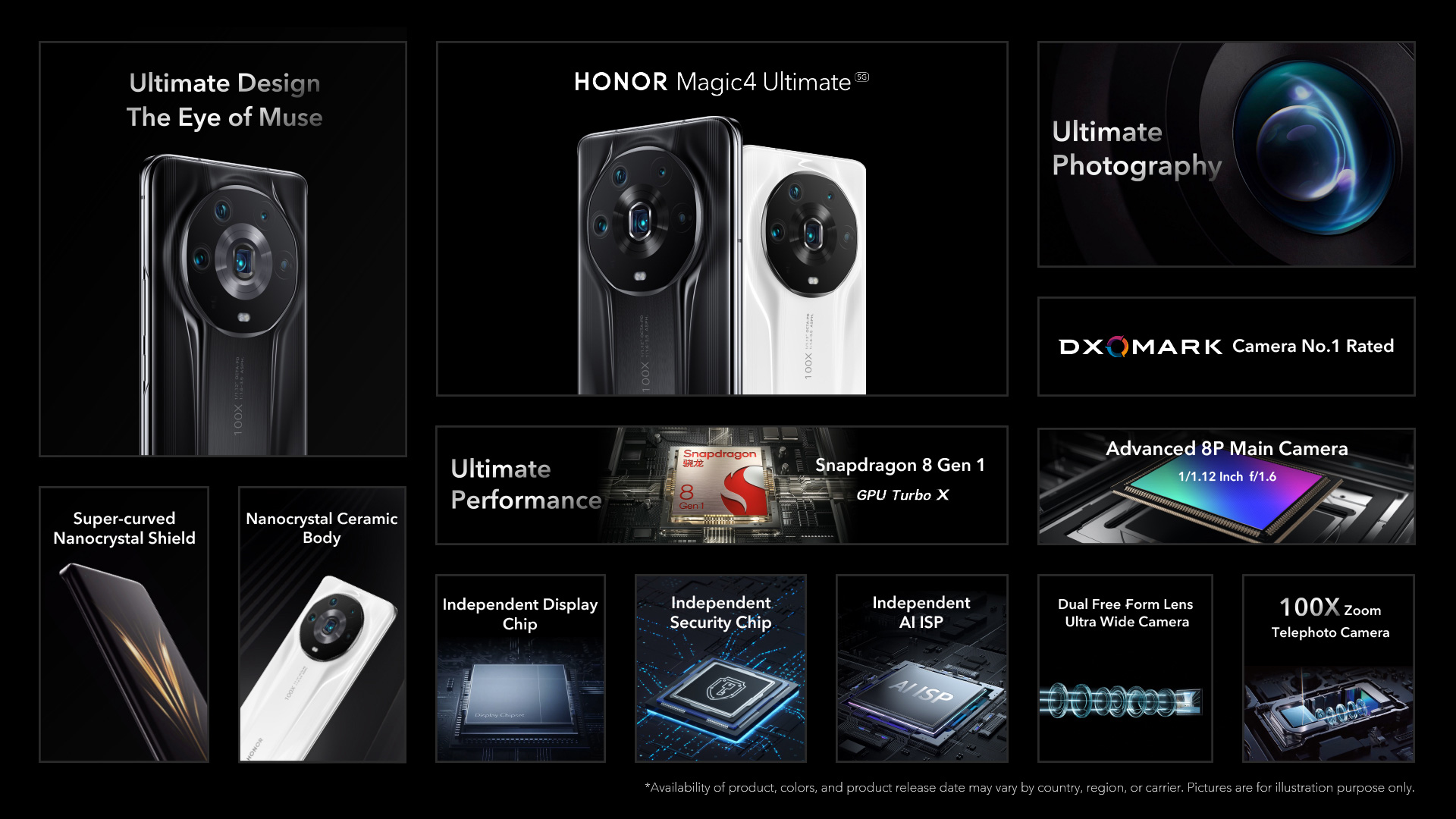 The technology behind the Ultimate

Back to our story. While the DxOMark numbers are important, they shouldn’t be taken as the absolute truth when it comes to measuring how great a smartphone can be. In fact, the Honor Magic4 Ultimate’s specs alone are enough to make it a solution that photographers and videographers should consider. If the Honor Magic4 Pro already offered a good reason to investigate further, the Honor Magic4 Ultimate gives those looking for their next imaging system every reason to want the new smartphone… if it ever appears on the markets beyond China, where it will be available later this year, with a price that will approach $1,300 when converted.

Like so many other Chinese-sourced “Ultra” flagships, the Honor Magic4 Ultimate may never reach western countries – unless you import it directly – but it’s worth browsing its specs for. better understand how technology evolves. The Ultimate version is, to a certain extent, like the Honor Magic4 Pro, with the same 64MP telephoto lens with a 90mm lens and the dToF sensor, but there are reasons why this model is called Ultimate.

The device adopts the largest image sensor ever installed in an Honor smartphone: a massive 1/1.12 inch sensor with a large f/1.6 aperture on the 50 MP wide camera means that it offers superior light-sensing performance that “rivals even cameras with a 1-inch sensor and f/1.8 aperture,” Honor says. The smartphone can take panoramic night shots or brighter low-light portraits, with more vibrant colors, better defined objects, and minimal visual artifacts, the company adds. 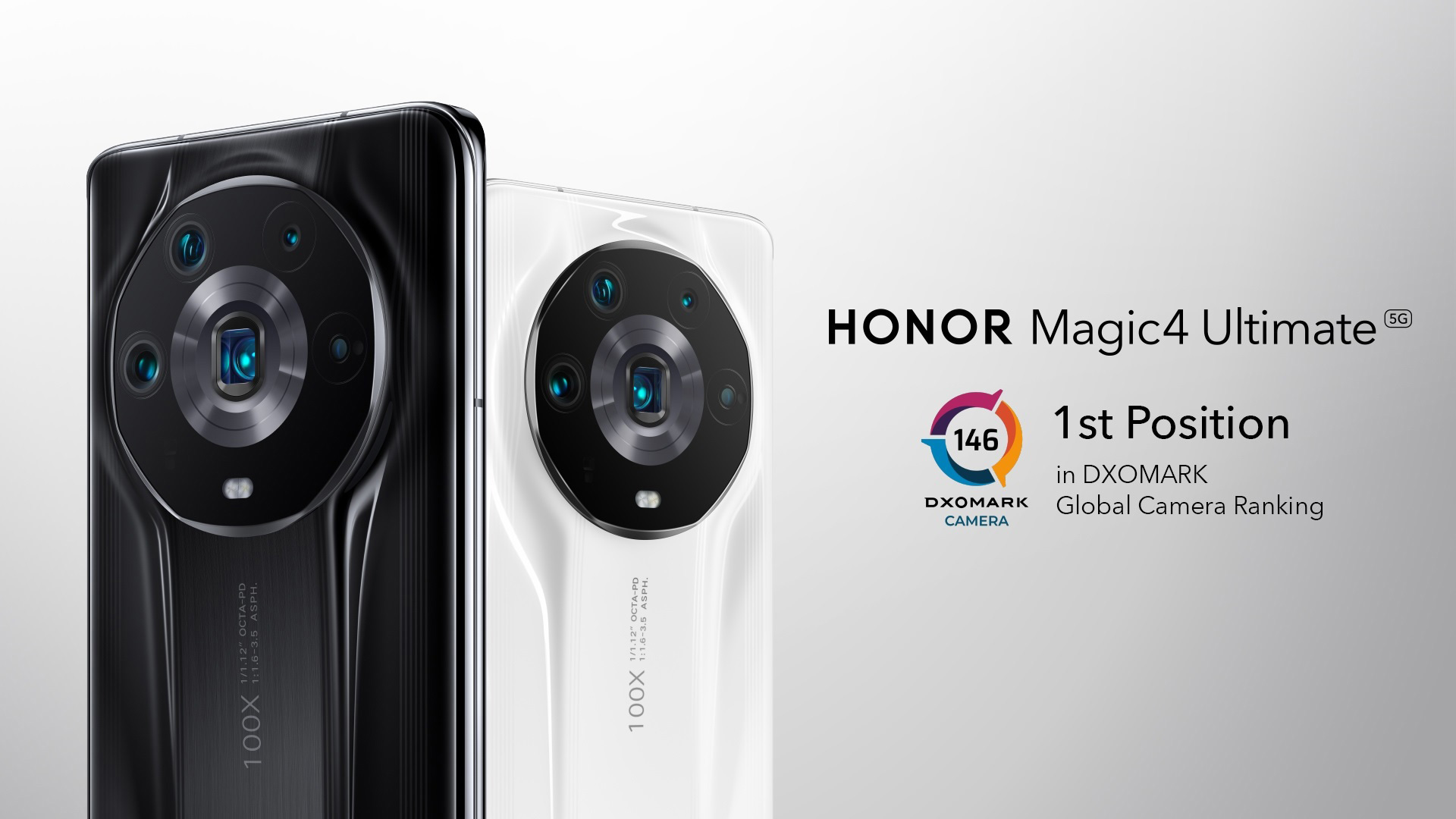 A new wide camera with a 64MP sensor

The custom 8P lens delivers a 37% improvement in center sharpness and 30% improvement in edge sharpness, producing photos and videos that look detailed even when zoomed in. Also, with ultra anti-reflective (UAR) and infrared coating. Cut-off filter (IRCF), the 50MP wide camera effectively minimizes glare captured from strong light sources, so users can capture their most magical moments even in difficult lighting conditions.

“The Honor Magic4 Ultimate represents the pinnacle of Honor R&D and demonstrates our ambition to become the technology brand of choice for even the most discerning consumers,” said George Zhao, CEO of Honor Device Co, Ltd. While delivering the display, performance, and security features consumers have come to expect from Honor’s flagship smartphone, the Honor Magic4 Ultimate is the ultimate pain point killer that business users have long been waiting for, according to DxOMark researchers.

The ultrawide camera is also new, with a 64MP sensor. It offers an impressive 126° field of view to capture everything from parties to sprawling cities, while benefiting from the world’s first dual free-form lens, which gets to the root of the problem of wide-angle image distortion with an industry low 0.5% edge distortion. Thanks to the anti-reflective coating technology, the Honor Magic4 Ultimate can achieve a crisp and wide field of view whether shooting photos or videos, the company claims. 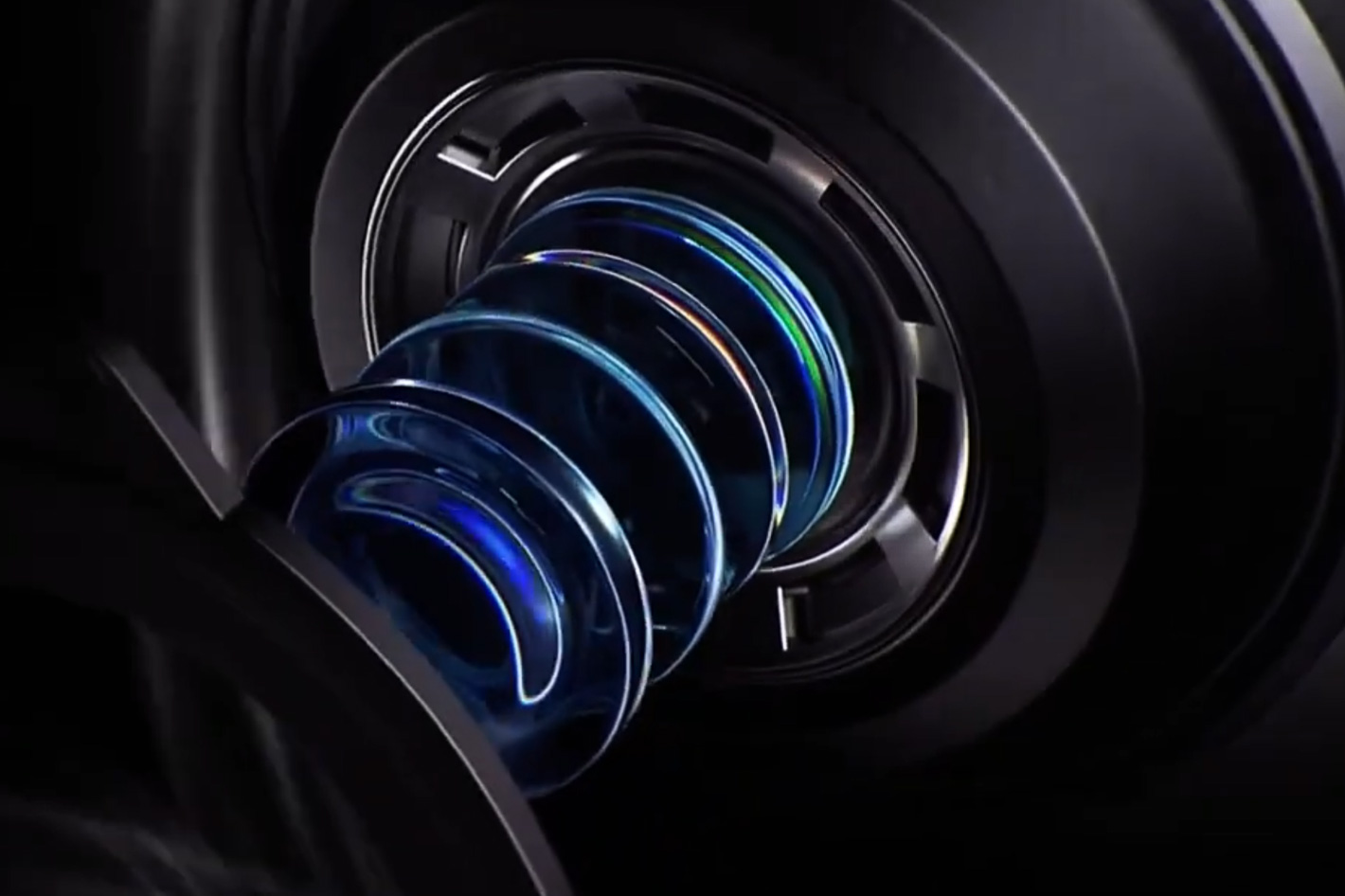 Unique to the Honor Magic4 Ultimate in the series, the 50MP Enhanced Spectrum Camera, which debuted in HONOR’s first foldable flagship, Magic V, allows the camera system to reveal more details in complex environments like mist. According to Honor, this all-new Quad-Camera sets a new standard for mobile imaging systems.

There is more, however. At the heart of the system, an all-new custom image processor supports faster and more efficient AI calculations to take Ultra Fusion photography to even greater heights, enabling the most powerful 4K Night Mode video capture. technology and real-time preview, which makes sure that it is possible to shoot very bright, clear and vibrant videos in extreme darkness.

The Honor Magic4 Ultimate also supports an all-new professional-grade video format: Magic-Log2. Custom-developed based on the new camera modules, the new format enables the capture of 15% greater dynamic range for recording video footage. Combined with all-new 3D LUT (Look Up Table) support, the Magic4 Ultimate can create stunning HDR10+ video even in low light, making it easier than ever to bring cinematic magic to life.

Running the latest Magic UI 6.0 based on Android 12, the Honor Magic4 Ultimate supports a range of Honor signature smart life features. The device will be available in black and white.