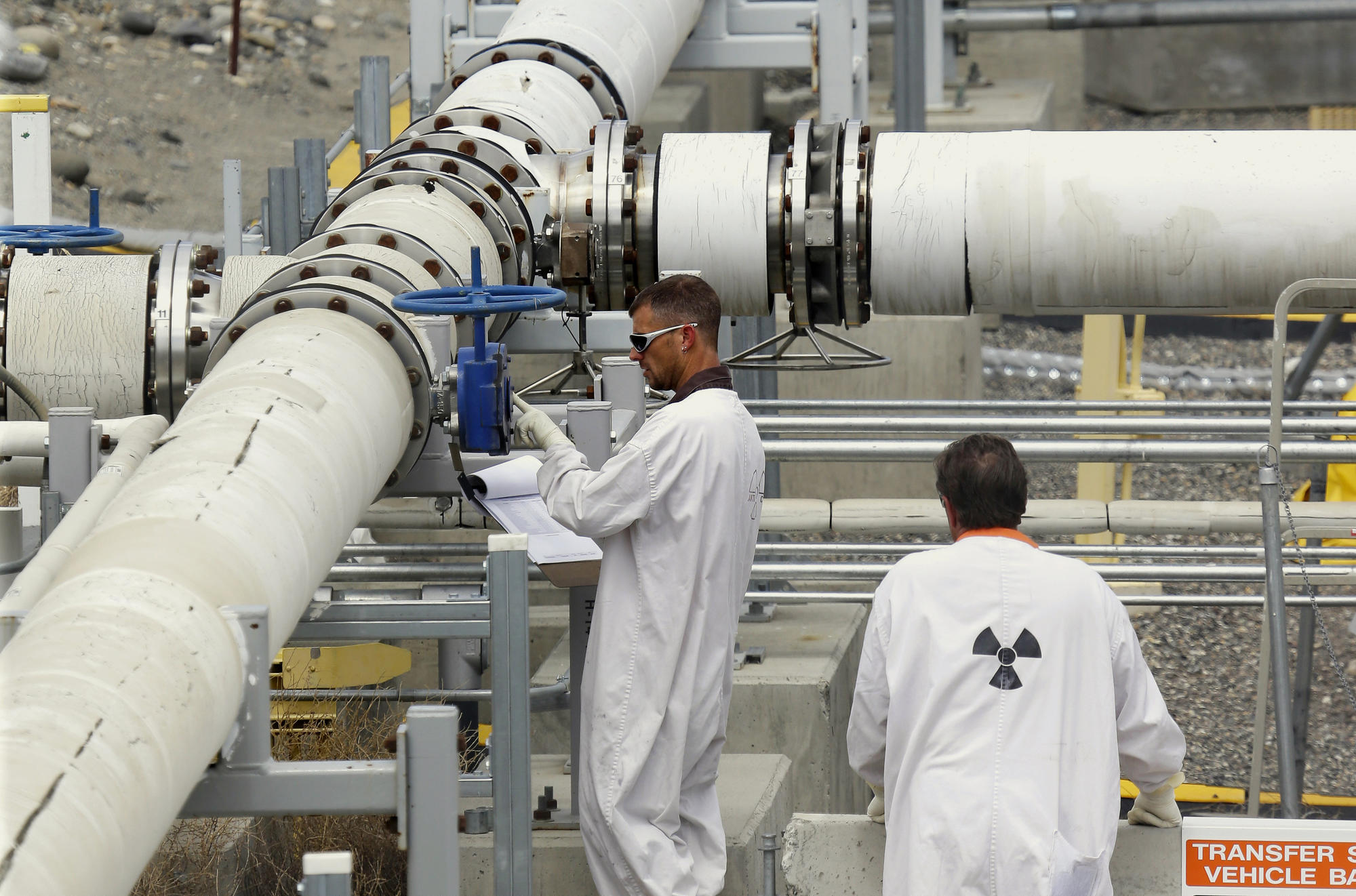 In fact, this complication has not been investigated, says the U.S. Department of Energy report dated August 27, 2021.

On March 2, 2022, the Washington State Department of Ecology sent a message to the US Department of Energy, requesting answers on this question. It came after the state agency received a March 1 letter about it from Seattle-based watchdog organization Hanford Challenge, which obtained the document internally.

As of Friday, the state had not received a response from the DOE. And DOE headquarters in Hanford declined to provide anyone to discuss the matter with Crosscut. A spokesperson wrote in an email that the issue had been resolved, but did not provide any details.

In emails, the DOE and prime contractor Washington River Protection Services, which designed the vitrification equipment, both said the public can ask questions about it at a May 10 public hearing regarding permits for acetonitrile-related equipment at the vitrification plant. But neither the federal government nor its contractor wanted to elaborate on the internal memo that raised concerns about acetonitrile, which will be used to reprocess nuclear waste before it is turned into glass logs.

Acetonitrile, which exists in liquid and vapor form, is easily ignited by heat, sparks or flames. When ignited, it gives off hydrogen cyanide fumes and potentially flammable vapors. Short-term effects of exposure can range from eye, nose, and lung irritation to heart irregularities and death. Long-term exposure could swell the thyroid gland and damage the liver, lungs, kidneys and central nervous system.

The Hanford Nuclear Reserve was established in late 1942 to create plutonium for US atomic bombs during World War II and the Cold War. Plutonium production required nuclear reactors and huge radioactive chemical extraction plants. The worst radioactive waste from those facilities ended up in the form of liquids, sludge and grime in 177 leak-prone underground tanks on the 586-square-mile complex along the Columbia River in south-central Benton County. from Washington. These tanks hold 56 million gallons of waste at what is arguably the most radioactively and chemically contaminated location in the Western Hemisphere. General cleaning of the site began in 1989.

Hanford’s long-standing master plan has been to convert this waste into benign glass. Originally, vitrification was to begin in 2009 and be completed in 2021 at a cost of $4 billion. Numerous budgetary, technical and engineering issues have pushed the price up to $17 billion, with vitrification expected to begin in late 2023 and end in 2069.

The first vitrification facility is expected to begin vitrification of the least radioactive waste in late 2023. Dubbed the “direct-feed low-activity-waste” or DFLAW plant. It will glaze the less radioactive and less complex waste from the tanks after some pre-treatment of the material. This pretreatment and acetonitrile are the subject of the 2021 memo.

“The designers of WRPS said they performed modeling to observe the effects of a hypothetical condensate tank spill, but did not perform any modeling or calculations to determine the effect of a steam leak,” the report said. memo.

“It’s really toxic stuff. [Acetonitrile] is known to be dangerous in fairly small amounts. … If this gas in concentrations were to escape, it would affect nearby workers,” said Tom Carpenter, who stepped down on April 1 as executive director of Hanford Challenge.

Carpenter noted that the secondary waste – which may contain acetonitrile in the materials – would be trucked at least 12 miles from central Hanford to a facility in northern Richland to be mixed with a cement-like substance. known as grout. He said the facility — owned and operated by Perma-Fix — is located within five miles of approximately 30,000 Tri-Cities residents. This includes the huge Pacific Northwest National Laboratory less than a mile away, a high school and Washington State University’s Tri-Cities campus a few miles away, and a significant number of homes.

Perma-Fix treats low-level radioactive and mixed radioactive chemical waste from all over the country.

Citing information shared with state and federal agencies, the Hanford Challenge report says one of the fires occurred at Perma-Fix when hot glassy radioactive material from Chicago ended up on a wooden pallet, which took fire.

Hanford Challenge cited a state Department of Ecology report that said, “The fire at Perma-Fix Northwest could have been catastrophic because fire alarms weren’t working and hourly fire inspections (instead of alarms fire) were not being carried out when the fire occurred. Additionally, Perma-Fix said no fire sprinkler systems were installed at the facility due to potential radiological contamination issues.

Then, in December 2019, Perma-Fix notified the EPA that its staff had discovered and extinguished a small fire inside a canister containing non-hazardous low-level depleted uranium waste from a national laboratory near San Francisco. Hanford Challenge cited DOE research: “Solid uranium, in the form of chips or dust, is a very dangerous fire hazard.”

Carpenter also criticized the DOE for not having a disposal plan for the cemented secondary waste produced by Perma-Fix. “They don’t have an elimination pathway for acetonitrile,” he said.

Perma-Fix spokesman David Waldman responded to emailed questions to the company saying, “We currently have no demand to deal with the waste you mentioned, so we cannot not comment further.”

Waldman wrote: “The fires you mentioned were very minor incidents. The fires were managed by our own staff and fully disclosed to our regulators as required. We had no injuries among our employees; no escape of hazardous materials; no damage to the building; and our fully trained and experienced staff handled the situation professionally. The Richland Fire Department only responded as a precaution to one of the fires, but just to confirm everything was under control.

St-Georges Eco-Mining: Discovery of a high-grade nickel and palladium orebody