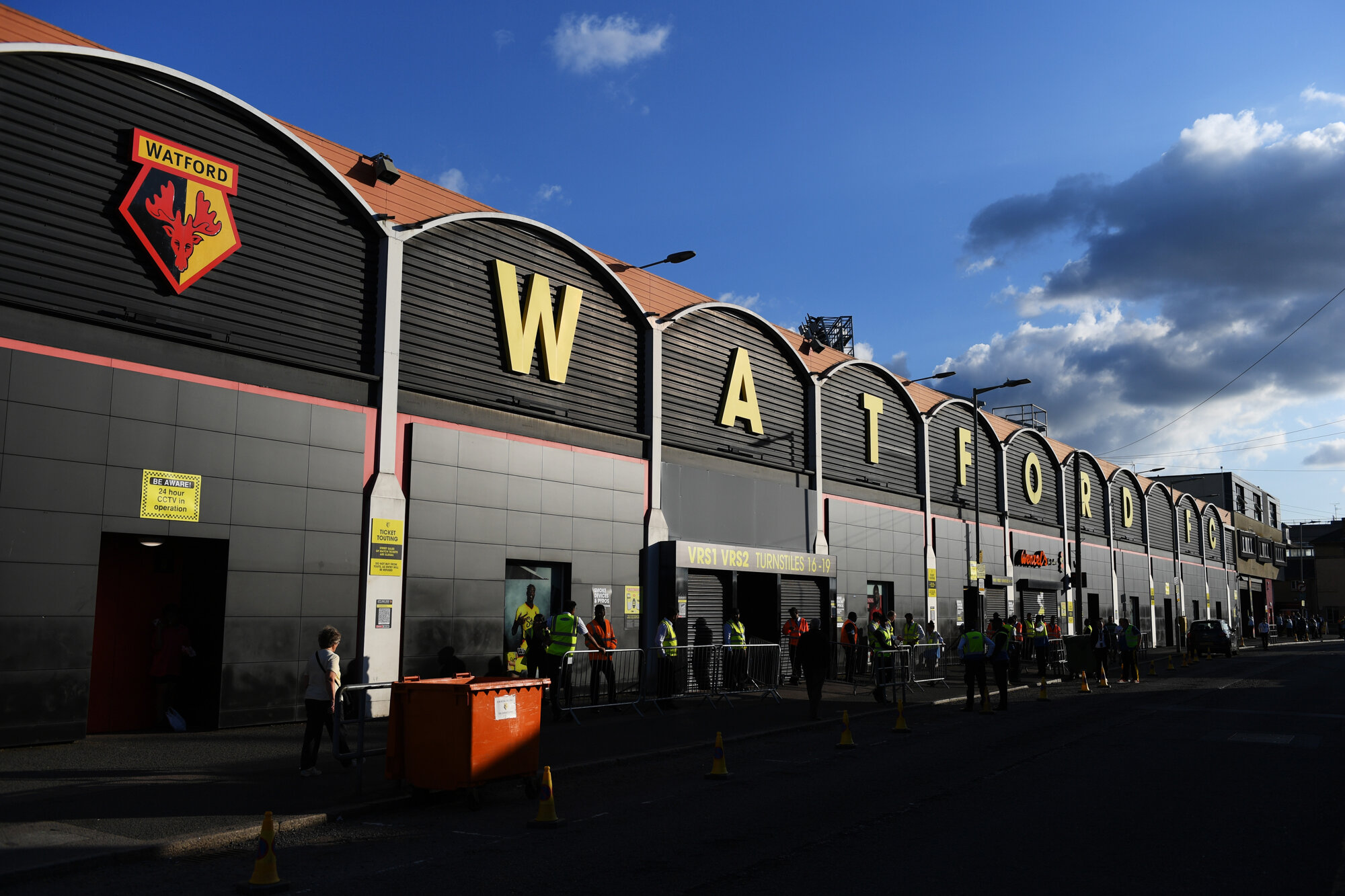 As inevitable as a lying politician or a Michael Buble Christmas album, Watford FC have sacked their manager. At this point, their revolving door policy isn’t even beyond travesty. It is beyond what is already beyond parody. It happens so often that we all get bored of our own jokes about it. There are only a limited number of times you can say “It’ll be Harry Hornet’s turn next!” without your friends kicking you out of the group chat.

This time it was Rob Edwards, in case you were wondering. At press time, his replacement, former West Ham United and West Bromwich Albion manager Slaven Bilic, was still in charge. 24 hours as Watford manager! It must be a new record. (Voice Lampard) No but seriously, they fire a lot of managers.

For a while, the Watford owners, the Pozzo family and their ‘bag first, ask questions later’ mission seemed to be working. Like a younger Chelsea brother to Roman Abramovich, who went on to win trophies despite their head coaches having the life expectancy of a housefly, Watford’s chop and change paid off.

Before the Italian family took charge of the club in 2012, they had spent just two seasons in the Premier League in their 20-year history. Over the next decade, they played in the top tier for six seasons. Five of them were consecutive, between 2015/16 and 2019/20. It was their longest uninterrupted spell in the top flight since the glory days of Graham Taylor in the 1980s.

This modern high point for the Hornets was achieved in the most volatile and counter-intuitive way possible. The Pozzos have gone through 18 permanent managers since taking over. Some had great success elsewhere (Brendan Rodgers, Sean Dyche), some only lasted a few days (Billy McKinlay) and some even came back for another try (Quique Sanchez Flores). But it doesn’t matter if they got promotion (Slavisa Jokanovic, Xisco Munoz) or a better Premier League result and FA Cup final appearance (Javi Gracia); they all ended up on the chopping block.

But while it was running, no one thought to question it. Of course, they snickered when the inevitable sacking happened. They made jokes. They trotted the tantalizing stats behind the Vicarage Road churning. But what else was there to say? Watford sacked the managers but they remained comfortably a Premier League side for a long time. Then they were relegated.

In typical Hornets fashion, the 2019/20 season has been a veritable managerial fest. Javi Gracia, him from 11th place and the FA Cup final, lasted four games. Admittedly, they only got one point from them but it still seemed early to do without a manager who had brought such success to the club. Next up was a comeback for Sanchez Flores, who had already been dismissed after having the temerity to lead them to a 13th-place finish and an FA Cup semi-final.

It wouldn’t be a second chance for Sanchez Flores, he left at Christmas. Former Leicester City boss Nigel Pearson replaced him but didn’t even have time to treat anyone like an ostrich. He was inexplicably dropped with two games remaining of the season, only for interim nomination Hayden Mullins to lose those games and ratify their relegation.

Former PAOK and Maccabi Tel Aviv boss Vladimir Ivic was the man tasked with taking over Watford at the first attempt. He was sacked with the fifth-place team in December. Xisco finished the job, earning an automatic promotion with a 2nd place finish.

Lesson learned? Was that f**k. Watford employed the services of Xisco, Claudio Ranieri and Roy Hodgson as they were relegated last season. If these seem like an arbitrary set of appointed coaches without a clear plan or tactical identity, that’s because they are.

In fact, if you go through the full appeal of Pozzo-era bosses, there’s no clear connection between them. There seems to be no unifying football strategy, no essence of what the Pozzos believe Watford Football Club should be. Compare their scattered appointments with a club like Brighton & Hove Albion, who seamlessly replaced Graham Potter with Roberto De Zerbi, a manager well placed to continue in the same vein, it’s like night and day.

Rob Edwards was meant to be the antidote to Watford’s lack of ideas. A young manager who had impressed at Forest Green Rovers, owner Gino Pozzo promised he would support Edwards “against all odds” in order to build a more sustainable Watford. Hell ended up being ten league games and high water apparently means ‘one point out of the play-offs’. Again Watford made a Watford.

Slaven Bilic is the latest to make it to the Watford dugout. He is a good coach and he could take them well. But even if he does, so what? If his team loses the first two or three games of the Premier League season, he will likely be out of a job. Like its 18 predecessors, it will leave no trace of its existence. No inheritance. Watford is a club that is completely functioning without one at this point. There is nothing identifiable about Watford beyond the fact that they fire managers. Which, given the last decade has seen the club enjoy some of its greatest achievements, is the saddest part of all.

DISCLAIMER: Slaven Bilic was still Watford manager at the time of writing. If it isn’t by the time you read this, just delete where appropriate. Sam Allardyce/Hayden Mullins/Harry Hornet/Xisco Munoz/Sisqo/Harry Redknapp.

*18+ | BeGambleAware | Odds are subject to change