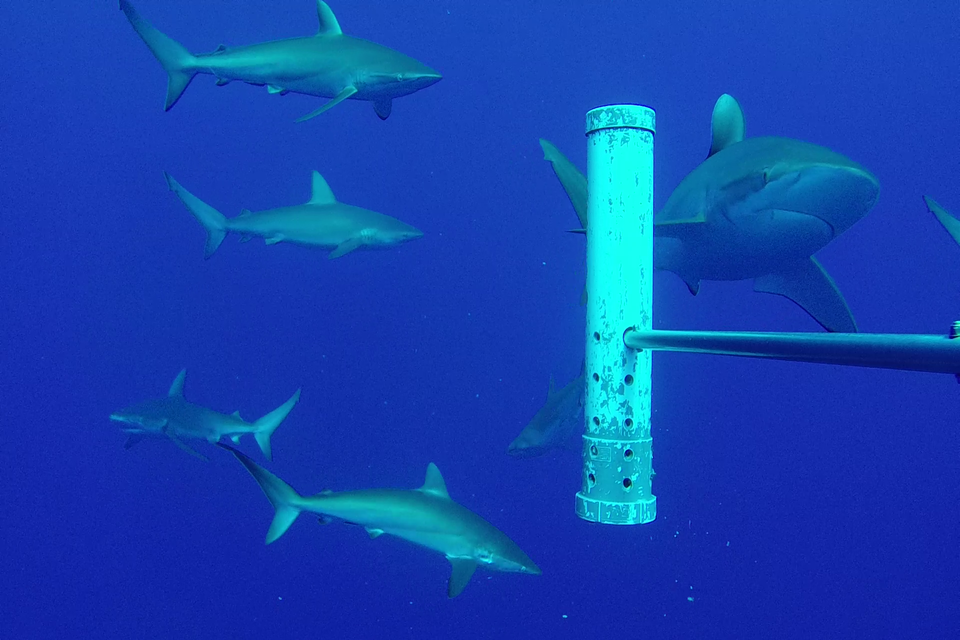 The network is set up as part of the UK government’s Blue Belt program, which covers over 4 million square kilometers of ocean.

The platforms are being deployed at a time when the health of the ocean is deteriorating and will allow scientists to improve their understanding of the marine environment and restore our oceans.

The marine life living along the coasts of our overseas territories is one of the most spectacular in the world and we must do more to protect it.

Cutting-edge technologies, such as these cameras, will be vital in our crusade against climate change. Our marine experts are world leaders in protecting our ocean and the myriad of species that live there.

Understanding and protecting marine life is essential to maintaining the biological diversity of our world. The lack of information on the variety and abundance of different species in large parts of the ocean makes it difficult for countries to protect them effectively.

The UK is committed to tackling the world’s biggest challenges, including climate change and loss of biodiversity. In addition to nurturing and developing the magnificent Blue Belt – 4 million square kilometers of marine protected areas around British Overseas Territories – we are building a strong network of international science and technology partnerships.

These UK-funded underwater video cameras will provide a wealth of information on the biodiversity of the seas around overseas territories, including globally threatened migratory shark and fish species, like bluefin tuna.

The 4-year program – named Global Ocean Wildlife Analysis Network – is expected to cost £ 2million and will provide information on ocean fauna found in the vast maritime areas of the Overseas Territories, in the Atlantic, Indian and Pacific Oceans. . It will also be used at the British Antarctic Survey Station, Rothera, in the Southern Ocean.

Co-founder of Blue Abacus and professor at the University of Western Australia, Jessica Meeuwig said:

The world’s tuna, sharks and large reef fish continue to decline in numbers and this trend must be reversed. This program will give policymakers the evidence they need to take decisive action for their blue economies.

We are delighted that the UK government and the Overseas Territories are supporting the search for increased knowledge as we rebuild our oceans. Our improvements to conventional underwater cameras are what make it possible to deploy this program across four ocean basins, the largest government-backed initiative of its kind in the world.

Blue Abacus will work with the 10 participating territories to provide a scientific benchmark of marine species and habitats in their maritime area, enabling territories to make more informed decisions on the protection and management of these various ecosystems.

The Cayman Islands Department of Environment is very excited to be part of the network that will bring the BRUV network to the Caribbean region for the first time. The opportunity to push this technology further offshore will dramatically improve the ability of the Cayman Islands to implement meaningful and effective conservation regimes for this limited, poorly understood, but critically important ecosystem.

Ascension is committed to safeguarding its vast 445,000 square kilometer Marine Protected Area, but we recognize how difficult it will be. The support of the Blue Belt program and the possibility of joining this network will help us meet this challenge. Our previous use of BRUVS gave us insight into the astonishing diversity of our open ocean ecosystems and allowed us to identify biodiversity hotspots that require special protection. Being a part of this initiative will give Ascension the information we need to make good local management decisions.

This initiative builds on significant progress in improving our understanding of the marine environment of overseas territories through the Blue Belt program, and ensuring that these diverse ecosystems are protected and managed for future generations. Through the Blue Belt program, the overseas territories have implemented large-scale marine protection measures covering more than 4 million square kilometers.

Video and still images from the network of cameras are available from the FCDO communications office.