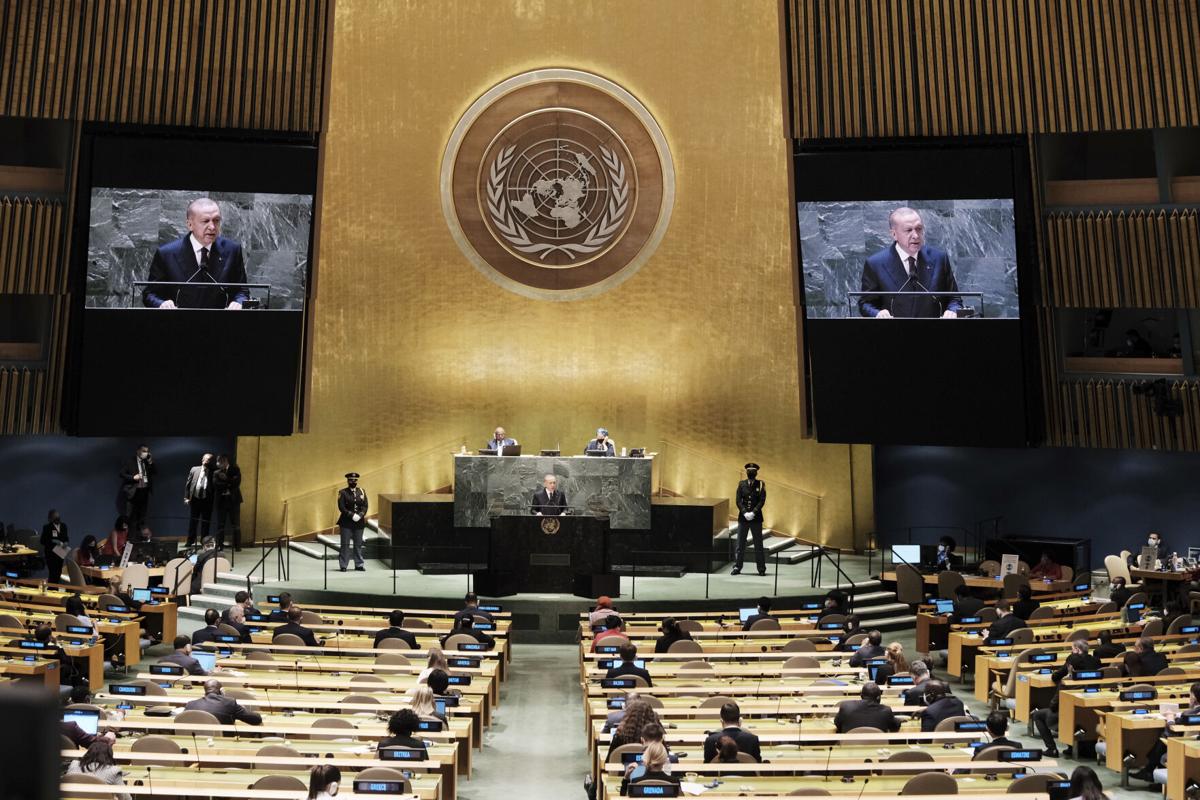 Erdogan calls for a political solution to the Syrian crisis

The international community cannot let the Syrian crisis drag on for another 10 years, Turkish President Recep Tayyip Erdogan told the United Nations General Assembly (UNGA) on Tuesday. Erdogan called for a political solution to the current crisis in the war-affected country.

Erdogan added that the humanitarian drama in Syria has unfolded for an entire decade before the eyes of the world.

“We must show a stronger will to find a political solution to the problem, on the basis of UN Security Council resolution 2254, and in a way that meets the expectations of the Syrian people,” the president noted.

The long-standing crisis has caused the deaths of hundreds of thousands and the displacement of millions more since 2011, he said.

Turkey cannot bear the burden of a new wave of migration, Erdogan said, amid increasing numbers of immigrants fleeing the Taliban regime in Afghanistan.

Concerns have grown about a possible spike in migrants from Afghanistan due to the United States’ withdrawal from that country after two decades and the wave of Taliban attacks that followed.

The Taliban quickly regained control of the country and acted quickly to fill the power vacuum left by the US withdrawal.

Speaking of the worsening crisis in Afghanistan, Erdogan blamed the West for forcing solutions that ignored reality.

â€œWe have tragically witnessed once again in Afghanistan the failure of solutions which ignore reality and clash with the social fabric of the people. The Afghan people have been forced to face alone the consequences of the instability which has endured for more than 40 years, â€he said, adding that Turkey would continue to do its best to help the Afghan people in the event of a crisis. need.

But the president said Turkey would not bear the blame for another wave of migration.

“As a country that saved human dignity in Syria, we have neither the means nor the patience to face a new wave of migration,” Erdogan added.

Noting that Turkey hosts more than a million refugees in addition to Syrians, Erdogan noted that world powers must shoulder their own responsibilities in resolving the migrant crisis.