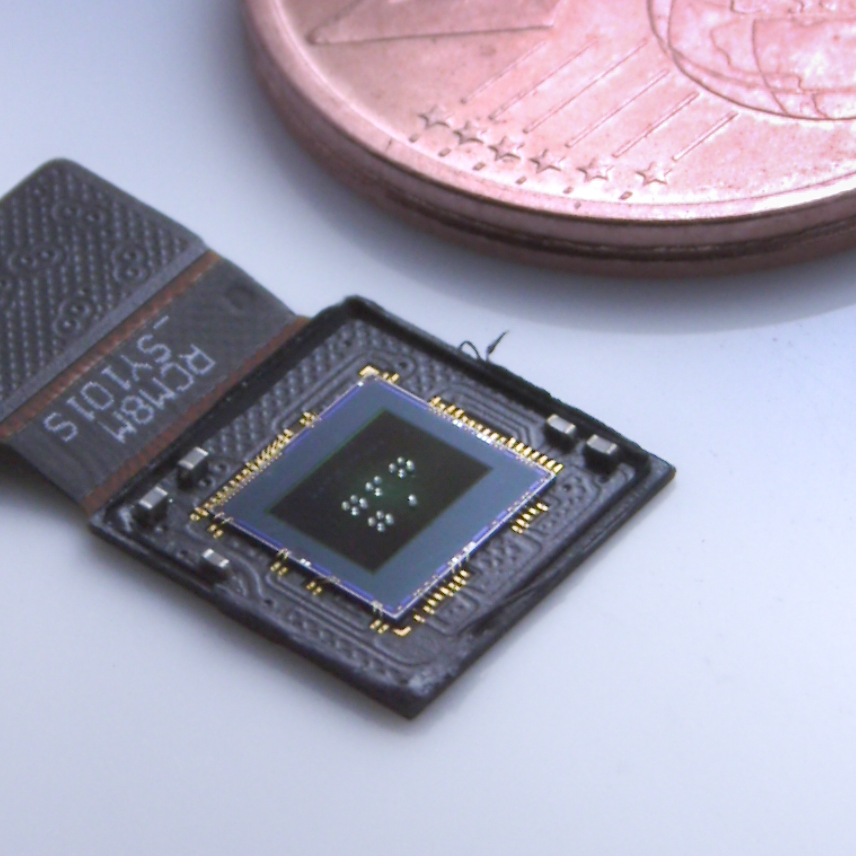 As anyone who has bought a smartphone in recent years can tell you, cameras are getting smaller and smaller. Now, miniature lenses that mimic the eyes of predatory birds could reduce the size of a camera to less than 1 / 100th of an inch – and in the meantime, revolutionize a host of compact technologies.

The lens structures were created by physicist Harald Giessen and his colleagues at the University of Stuttgart in Germany. They turned to bird vision because the eagle and hawk eyes create a very detailed image in the center, while the surrounding area is more blurry.

“If you take a snapshot with your smartphone and want to zoom it in, you can’t see the details anymore because they are pixelated,” said Harald Giessen, a physicist at the University of Stuttgart. “Thanks to our sensor, you can zoom in on the image without losing anything, due to the higher pixel density. “

Using ultra-thin plastic and a 3D printer, their experimental lenses are printed directly onto a sensor from a Raspberry Pi camera. The lenses are arranged in small groups and vary from wide to narrow angles. The printer uses laser pulses – which last only a quadrillionth of a second – to melt and shape the plastic into a perfect lens. A similar manufacturing technique is used to make modern dental implants.

Images produced by the camera are foveolate, a reference to the part of the eye that is responsible for detailed vision. The foveation in this case means that the focus varies at different points on the same image.

This imaging technique has many advantages, such as reducing the computer processing power required for virtual reality hardware and generating thumbnails for satellite imagery.

Tests carried out by the researchers show that their compact birdeye lenses were clearer than a comparable single lens.

A current limitation is the speed of manufacture. The complex process of shaping each lens takes anywhere from 15 minutes to a few hours, depending on the size, and the end result may still have some imperfections.

“A key challenge, as the authors acknowledge, is the time and cost of manufacture, which makes mass production difficult at the moment. Said Yizheng Zhu, a physicist from Virginia Tech who was not involved in the study. “I hope that as the technology advances, further improvements can be made in this area.”

“The strength of this demonstration is that they have proven their miniaturization and functionality while producing strong image quality. Said Gregory Quarles, chief scientist of the Optical Society who was not involved in this study. Quarles says the next steps for this technology would be to determine the advantages of these lenses over conventional cameras in terms of cost and image quality.

These cameras could be used in self-driving cars and smart glasses, Giessen said, to perform very detailed analyzes of the world around them.

Editor’s Note: This article has been corrected to state that foveation refers to the part of the eye that is responsible for detailed vision.