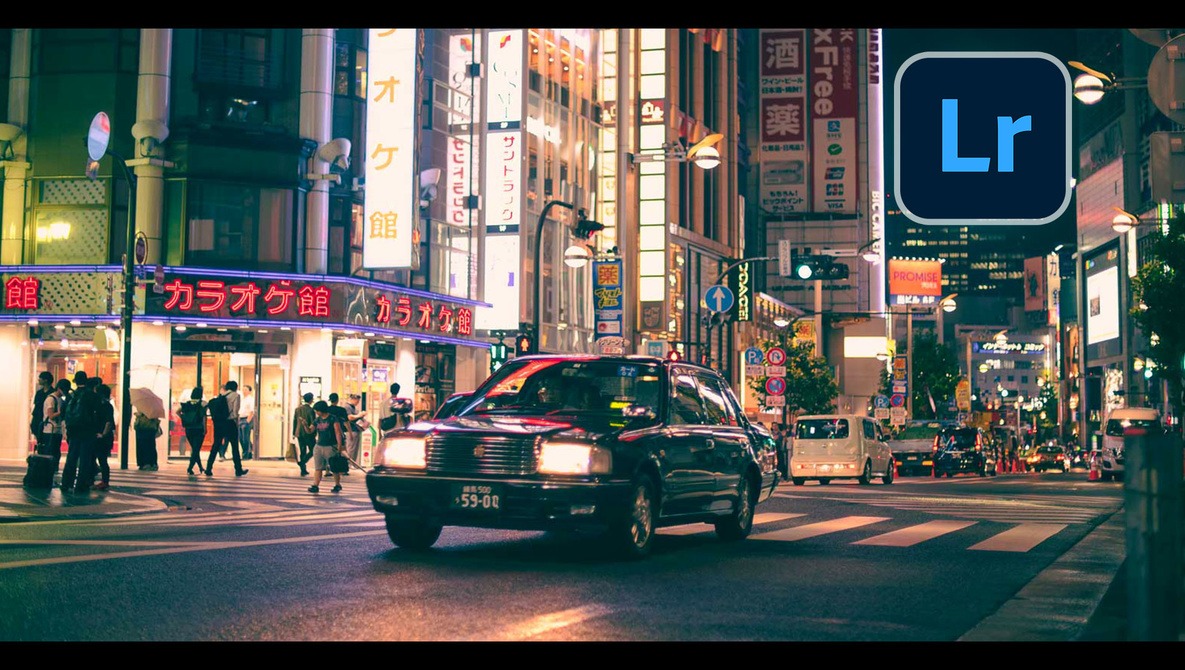 Create a cinematic orange and teal color in Lightroom

Over the past decade, modern cinema has switched to orange and teal colors to deliver a wonderfully cinematic feel, and with new tools in Lightroom, you can turn your shots into cinematic masterpieces as well.

In photography, many of us try to achieve an image that resonates with the audience. We want something atmospheric that stands out from the ordinary shots that so many people take. One way to create this moody cinematic effect is to use color grading.

Color grading refers to the technique used to style colors in particular images or videos. That is, to give specific colors to an image to modify its original composition. This is what I will be doing today in Lightroom Classic. Using the Develop module’s color grading tool, I’ll add an orange and teal color grading scheme so common in contemporary movies. If you’re not sure what that looks like, consider movies like Iron Man, Transformers, or Tron Legacy. If you still don’t believe me, read this Guardian article on the color grading craze.

Below, I’ll walk you through each step to achieve the orange and teal effect in Lightroom, and then show you how to fine-tune the processing to be even more cinematic, keeping things out of the everyday clichÃ©. This process works best with raw files, so do your best to shoot raw for this effect to work effectively. Otherwise, JPEGs will do, you might not have as much versatility when it comes to color correction. I chose this photo of downtown Tokyo because of the bright lights, gorgeous reflections, and the ton of colors that appear throughout the frame. 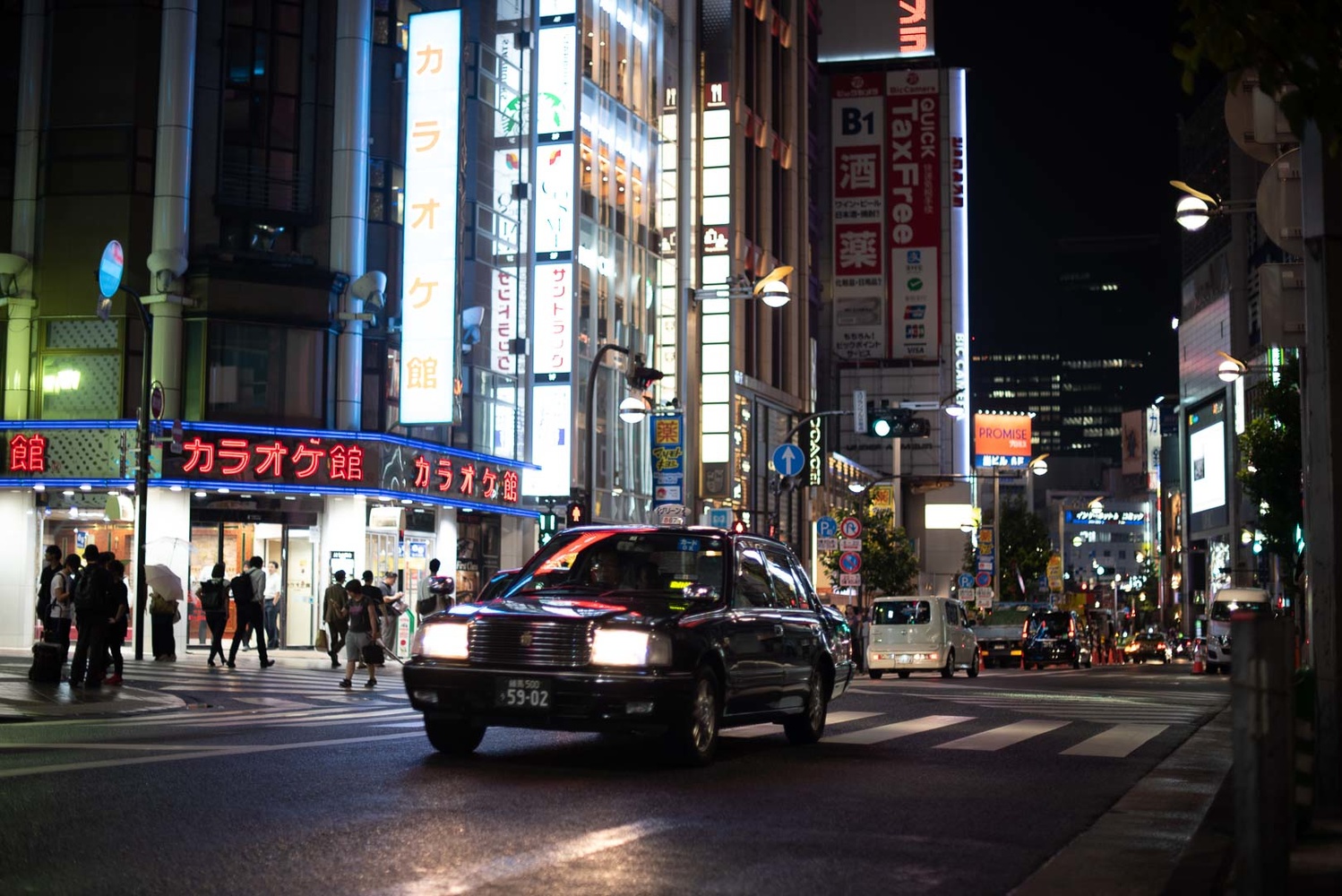 Start by adjusting the shadows

After importing my photo into Lightroom Classic, I headed over to the Develop module and scrolled to the Color Grading panel. From there, there are three color wheels that display in a triangle. The upper wheel controls midtones, and the lower two dials control shadows and highlights, respectively. To make changes to the wheels, just click and drag the selector in the wheel to change the hue and saturation of the colors.

I started with the shadows because I find it easier to create a base of color before tweaking the highlights. It works especially well in this image as my photo is mostly dark as it was taken at night. I clicked and dragged in the shadow color wheel until I hit a teal shade sufficient for the shadows, I didn’t want to over-saturate the shadows as I still needed to apply my other shades of color.

Then warm up the highlights

Since the other big part of my scene was bright highlights, I decided to affect that next. In the highlights color wheel, I clicked and dragged until my picker was far in the orange, towards the most saturated corner at the top right. I did this because the highlights were a bit weaker than the shadows and so to get the orange tint I needed to make them very saturated.

I felt like the turquoise tint in the shadows obscured the image a bit, so to correct that I decided to add a bit of red and orange to the midtone color wheel. This lifted up slightly brighter areas without subtracting the cooler shadow tones from the frame. Notice how little I’m adding here is because in this scene it has a big effect on the warmth of the overhung image. Pushing it much further, the frame would be mostly orange, so a good color balance will now help in getting the best end result.

Now that my color hues and saturation level are set in the color wheels, it’s time to move on to the sliders below. The blend slider will control the overlap between the three color wheels. The lower the slider value (down to 0), the more severe the cutoff between the three color bandwidths, although it never becomes entirely hard as there is still some residual overlap built into the tool. . Move the slider all the way to the right (100) and the three wheels overlap completely, which provides a good smooth mix but can get a bit muddy for some scenes. In my photo I found that a blend setting of 21 was the best, it provided good tonal separation between each wheel while still being soft enough to make the scene look natural.

The balance slider simply controls the location of the midtone range. Push it to the left and the midtones will be marked in the darker parts of your scene, and sliding to the right, it will control the lighter tones. This balance is useful for manipulating the boundary between shadows and highlights when moved left or right. Since the shadows were strong enough in this scene already, I moved the balance slider to 14.

Just like you would polish a piece of wood to finish it, we also need to finish our photograph to give the desired look. I decided I wanted to enhance this cinematic, atmospheric effect even further by lifting up the darker sections of my scene so that the shadows were toned down, giving it a matte effect.

To do this, I scrolled to the Tone Curve panel and slightly raised the shadow point at the bottom left of the histogram, held against the left wall of the graph. This changed the darker blacks to a more subdued gray, but it’s important to remember that any change to the histogram control line will have a ripple effect throughout the shot. My highlights were a bit disappointing now, so I lightened them up slightly by dragging the highlights control point in the upper right corner of the box to the left so that the line now falls more or less parallel to the baseline. original in box.

Once you get some experience with the color grading panel in Lightroom, it’s relatively easy to recreate the orange and teal effect on almost any image. However, it can be a bit difficult to style a selection of photographs together, especially if they have very different lighting. But with a few tweaks and careful balancing, it can be done quite quickly. Of course, it’s not just the orange / teal effect that color grading is great for, it’s also useful for some fantastic stylized effects for a number of color combinations.

What Can Creditors Take In Bankruptcy?