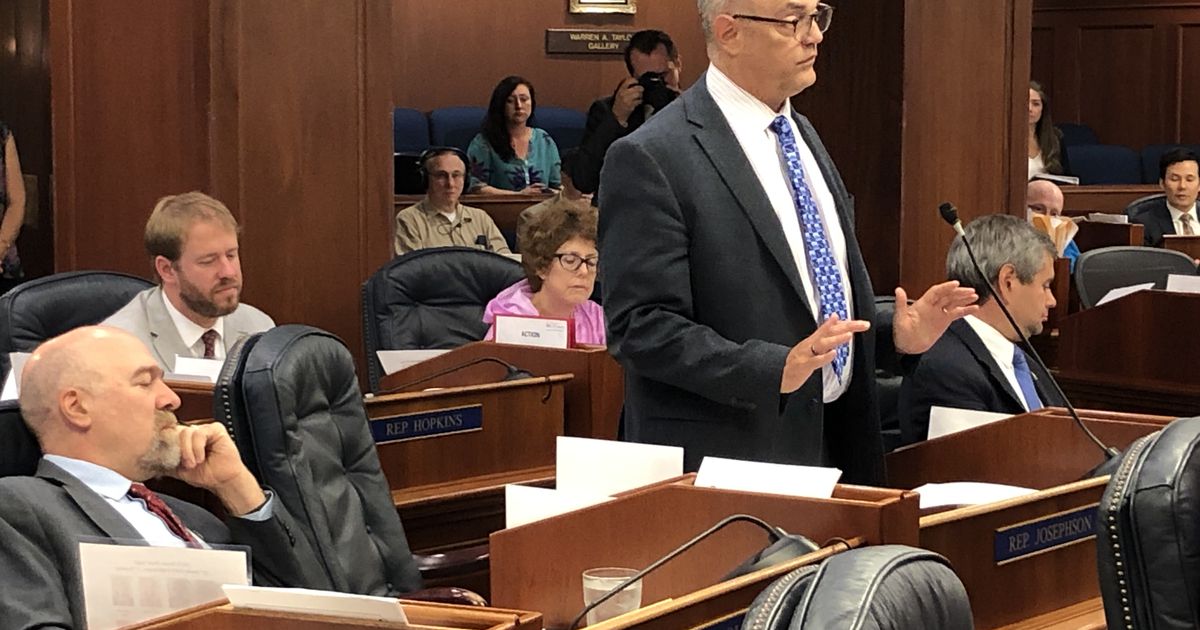 The upcoming Fourth Special Session, scheduled for October 1, is highly unlikely to bear fruit in solving our state’s budget puzzles. Here’s why :

First, let’s look back just a month for some background. Just before giving in to the previous special session, a two-chamber, bipartisan group drew up a four-page â€œwhite paperâ€ after meeting for some 73 hours. The Fiscal Policy Task Force, made up of traditional conservative and progressive members, has been tasked with laying the groundwork for adopting a comprehensive budget plan for the state over the coming decades. If asked to provide only two of the Task Force’s many conclusions and recommendations, most would likely choose these two: would be spent on government services, and 50% would be spent on Permanent Fund dividends; and 2. to balance the total costs of state government, including the PFD, the legislature would need to raise approximately $ 500-700 million in general taxes. Again, there are plenty of other important elements to the task force whitepaper, but these two are arguably the most eye-catching.

Many lawmakers, including myself, have looked askance at these findings and conclusions. Each legislator would have their own concerns about the report. The concerns of mine and many others would include: 1. the report assumes oil production that may never materialize, especially when legacy fields experience a continued decline in production; 2. the report makes assumptions about meeting our continued obligation to withdraw our unfunded liability to government retirees which may be overly optimistic; 3. the report assumes fairly low investment budgets, leaving huge unmet needs for responsible building and repairing of state infrastructure; and 4. the report ignores the costs associated with a host of existing unresolved issues and other unmet needs – for example, the belief that I share that we should have a universal preschool in Alaska.

More importantly, the Task Force’s findings and recommendations leave little fiscal room for maneuver. From my perspective, that puts future legislatures in the place of living the equivalent of a paycheck to a paycheck. This is not the witness I hoped to pass to our successors.

To be clear, the Task Force has worked tirelessly to reach agreement on a comprehensive plan with the disparate views of its members. And, while its income and expense numbers are optimistic, there is evidence that the group’s plan is clearing itself.

Yet while the work was laudable, the politics are almost insurmountable. The reasons for this parallel make the Fourth Special Session unlikely to succeed.

First, and most importantly, if the task force’s product progressed, we would need a governor to sign a broad-based tax measure to help fund state operations. We don’t have that. We have the opposite of that. Gov. Mike Dunleavy has said he will not sign and apparently challenge any tax measures not approved by voters, presumably in a referendum in November 2022.

This obstacle alone is a sort of fatal blow to the codification of the work of the Task Force on the budget plan.

When the governor does not discuss new revenues, in order to advance the task force’s recommendations, Republican lawmakers should openly support new revenues, and there is no concrete evidence that they will.

Second, a number of lawmakers, including myself, would be reluctant to endorse a 50-50 PFD plan, certainly without substantial new revenue. The 50-50 plan would, as stated, put enormous pressure on other features of state operations, at large. Additionally, the 50-50 outcry included the belief that the PFD’s formula must be constitutionalized, not simply reformed into law and then cited by reference in the constitution. It’s a break for many Republicans and Democrats.

Third – and here is the critical part – the comprehensive plan proposed by the governor, which he wishes to adopt in the fourth extraordinary session, requires the passage of constitutional amendments creating a new spending ceiling, requiring the approval of the voters. significant new income on a large scale, and linked to the PFD and the consolidation of the Permanent Fund into one budgetary account – currently it is separated into two accounts: a corpus and an income reserve account.

How can we know that so few members of the House support the governor’s positions? Consider this: The Governor wanted a 50-50 Permanent Fund dividend for next month. That is, at a minimum, he wanted a 50-50 PFD once, in one credit. This request failed. If the governor couldn’t get his biggest PFD once, for a year, when only 21 House votes and 11 Senate votes were required for approval, how could he get it forever – in the Constitutional perpetuity – where 27 votes in the House and 14 in the Senate are needed, followed by voter approval? The answer should be obvious.

In a recent commentary, my colleague, Rep. Ivy Spohnholz, correctly identified that an alternative to what would likely be a failed special session could reflect more modest PFDs – a 75-25 plan leaves enough for orderly PFDs. $ 1,300 and increases over time – with increases in revenue streams closing the gap without the imposition of a large generalized tax. Under this alternate plan, Alaskans would continue to receive robust utilities, reasonable PFDs, and see few of their own wallets pinched for large and diverse new incomes. I recommend this alternative approach to the reader as a reasonable way forward.

Andy josephson was elected to the Alaska State House of Representatives in 2012 and represents residents of Midtown, the University Zone and East Anchorage.

The views expressed here are those of the author and are not necessarily endorsed by Anchorage Daily News, which welcomes a wide range of views. To submit an article for review, send an email comment (at) adn.com. Send submissions under 200 words to [email protected] Where click here to submit via any web browser. Read our full guidelines for letters and comments here.