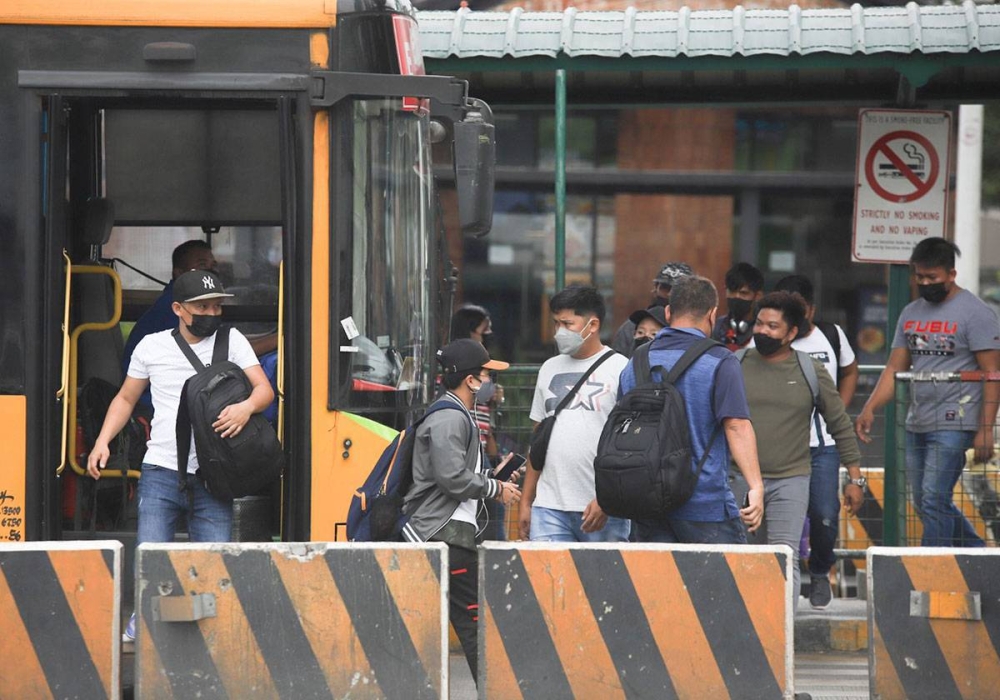 A second non-solution to the transport crisis

OK, I did that last part. However, the characterization often seems apt enough, especially since an alarming percentage of Filipino lawmakers in both chambers seem to think the first item in their job description is to “say stuff.” Long gone are the days when the honorific sobriquet “solon” was applicable, as most of the things they say are either restatements of the obvious or just plain stupid.

A good example is what Camarines Sur Second District Representative Luis Raymund “LRay” Villafuerte said earlier this week when he urged President Bongbong Marcos to extend the “Libreng Sakay” subsidized fare program (driving free) from the government “at least until the end of the year.”

The program, for which the government had budgeted 7 billion pesos, costs between 10 and 14 million pesos a day, according to various sources, and is practically out of money. It originally covered something like 140 different transit routes, the main ones being the MRT-3 light rail line and the EDSA Carousel bus line, but was only meant to run until June 30. Funding for the majority of routes actually ran out about two weeks ago.

Get the latest news

delivered to your inbox

Commuters get off a bus at an EDSA carousel bus station on Main Avenue, Cubao, Quezon City on Saturday, July 2, 2022. PHOTO BY JOHN ORVEN VERDOTE

“LRay” explained his thinking thus: “With transportation costs now absorbing a large portion of the overall inflation rate in Metro Manila alone, the Libreng Sakay would prove to be a great help in cushioning the impact of fuel price shock on commuting. Public.”

I think to most people the irrationality of that thought would be obvious, but apparently not to the congressman, otherwise he wouldn’t have said it in the first place. While clearly attractive to commuters – a free ride is a free ride, after all – the Libreng Sakay scheme was a bad idea when it was first conceived and it’s even worse now. Count the paths.

First, it was a quick fix that guaranteed possible hardship for commuters that would be worse than if it were never implemented. It was always inevitable that it would end; government resources are limited. However, these resources are significant enough for commuters to benefit from subsidized fares for a significant period of time. As most people manage their budget on a pay-to-pay basis, what would have been their transportation costs quickly gets reallocated to something else – food, rent, electricity, etc. Then, when the charges suddenly reappear, they find themselves having to sacrifice something to meet them; it is not, politically speaking, a good way to win hearts and minds.

What’s even worse is that the grants ended at a time when the costs they previously covered are much higher than they were. The BSP has already warned that inflation in June may have reached 6.5%, and some tariff increases for transport operators have already been approved.

Second, the manner in which the Libreng Sakay program has been implemented has only perpetuated a major source of inefficiency in bus transport. The program compensates operators on the basis of a tariff rather than a fixed contract, so that operators, who are used to the “border” system, do what they have always done: wait at the terminals of the route or at stops along the way. until their buses are as full as possible before moving on. This means that from a commuter’s point of view, even though the journey is free, the service is abysmal, with congestion at stations and inconsistent journey times.

Finally, the idea that the subsidized fare program is some sort of inflation hedge is absurd. Subsidizing tariffs shifts the burden of inflation away from consumers, yes – but only temporarily, as noted above – but it doesn’t make it go away, it just gradually increases the cost to the government. This either reduces the amount of time the program can be maintained, forces it to gradually reduce its scope, or, as is the case here, both. Along with this, it diverts a large amount of funds from other uses that might otherwise have relieved consumers or, in the worst case scenario, forced the government to cut some other expenditure.

Extending the Libreng Sakay program would simply be wasting money after evil, and should never have been suggested, nor allowed to use valuable bandwidth for news.

What the government can do with the funds instead, if it is determined that it needs to spend the money to ease the burden of transportation costs, is to spend it on more sustainable solutions .

The implementation of an appropriate service contract system for bus routes – i.e. a system in which operators receive a flat contract rate, regardless of the number of passengers they carry – could be done immediately and would be at least partially self-funded. Passengers would pay for their tickets to the government rather than to the bus operators. These tariffs could be indirectly subsidized by being kept lower than the market would otherwise dictate, and tariff revenues could be used to help offset service contract costs.

Funds could also be allocated to accelerate the jeepney modernization program. High upfront costs prevent many jeepney operators from getting started; if these were drastically reduced or even eliminated if possible, it is almost certain that most would. This would have the added benefit of keeping more transport vehicles on the road, as many operators are now parking their units due to unmanageable fuel costs.

Funding could also be allocated to offset incentives, most likely tax breaks, for employers to implement or continue working from home and other hybrid work arrangements. This would immediately reduce the demand on the transport system, and again, this is something that could be done immediately. And it certainly should be; the impending return to regular classes for millions of students will push the system to total collapse if something is not done quickly.