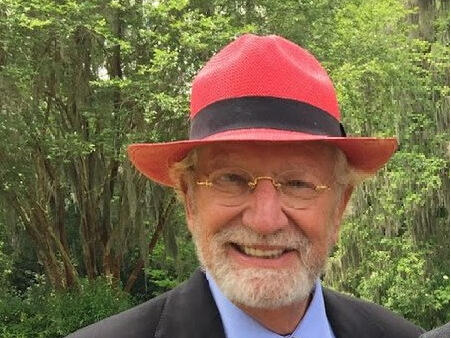 I write a lot about business leaders and entrepreneurs, but few have done as much as Herbie Wertheim.

He grew up in a poor home, dropped out of high school in the ninth grade, and avoided Miami’s juvenile detention system for truancy by joining the United States Navy at age 17.

After leaving the Navy, Herbie studied first at Eastern Florida State College and later at the University of Florida. After graduating, he worked as an electronics engineer at NASA, where he befriended the first seven astronauts, including my longtime friend John Glenn. There, he realized he was interested in the eye and the brain and received a Florida State scholarship to earn a doctorate in optometry.

In 1970, Wertheim founded Brain Power Inc, a manufacturer of optical tints for eyewear, most of which he invented and for which he holds the patent.

His success led to a net worth of $3.9 billion. And he promised to give it.

Philanthropy and the Giving Pledge

In 2015, Wertheim signed the Giving Pledge, in which he promised to give away the majority of his fortune during his lifetime.

In particular, he is passionate about education and supporting public institutions.

“Many private American universities have more than 20 times the endowments of most public institutions of higher learning, and our state legislators are decreasing funding for these public institutions which must be matched by private funds. The talent, time, and energy of the Wertheim family will be devoted to the future efforts of the Wertheim Family Foundation to support public university and college endowments.

Some of his gifts include:

Each year, my wife Nicole and I, along with our two daughters, Erica Wertheim Zohar and Vanessa Von Wertheim, both members of the Foundation, dedicate a great deal of time and talent to support the awarding and fundraising efforts of the Foundation for more than one hundred scholarships, fellowships, chairs, and financial aid programs in the fields of medicine, nursing and allied health care, performing arts, and engineering, including including the most recent Million Dollar Horatio Alger Engineering Scholarship Program from the University of Florida.

He also strongly supports the following organizations through his family foundation:

It’s an inspiring story – from truant and dropout to inventor, billionaire and philanthropist.

Readers, what do you think of his story? And what other Florida organizations would you like Wertheim to support?

Please leave your comments below.